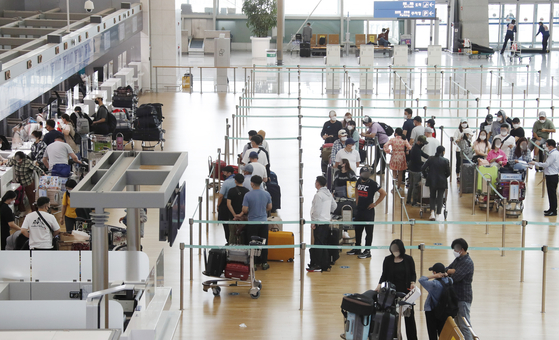 
Starting next month, people traveling to Korea for important business and family visits who have been vaccinated abroad will no longer have to do 14-day quarantines.

Previously, quarantines were only exempted for people who completed their vaccinations in Korea.

Prime Minister Kim Boo-kyum announced Sunday that quarantines will be waived for fully vaccinated people regardless of their citizenship, entering Korea for important business, academic, public interest and humanitarian purposes. Two weeks must have passed since the final vaccination shot.

Inoculated Korean nationals and foreigners entering Korea to visit their immediate families ― spouses, lineal ascendants and descendants of themselves or their spouses ― will also be exempted from the 14-day quarantines.

People wishing to enter Korea for such purposes must submit applications for exemption from quarantine, a family relationship certificate, vaccination certificate, and a written statement to Korean missions overseas.


The only vaccines accepted are those that have received World Health Organization (WHO) approval for emergency use: Pfizer, Janssen, Moderna, AstraZeneca, Covishield (AstraZeneca vaccine by Serum Institute of India), Sinopharm and Sinovac. Two weeks must have passed since the inoculation.

One big exception is people coming from countries where highly contagious virus variants are prevalent. They will still have to quarantine, and the list will be updated every month. As of now, the list includes South Africa, Brazil, Malawi, Botswana, Mozambique, Tanzania, Republic of Suriname, Eswatini, Zimbabwe, Bangladesh, Equatorial Guinea, Chile and Paraguay.

The exempted people will have to take three Covid-19 tests before and after arrival. They will also have to install the “Self-Diagnosis App” for Covid-19 in their phones and record their health status.

While current social distancing rules were extended until July, restrictions on sports facilities and concert halls will be eased from Monday.

Starting Monday, outdoor sports venues including baseball parks and football stadiums in areas under social distancing Level 2, which includes Seoul, Gyeonggi, Incheon, Daegu and Jeju, can have crowds of up to 30 percent of their seating capacity.

For sports venues in areas under Level 1.5, the attendance cap of 30 percent will be expanded to 50 percent.

The number of people allowed to enter a concert venue in regions under social distancing Level 2 has been increased from the current 99 to 4,000. The number excludes artists and staff members.

However, audience members will still have to sit one seat apart from each other, or one meter apart for temporary seats. They still have to wear masks while cheering, singing along, and foods and beverages are still prohibited.

The government will maintain the current social distancing levels until July 4.

Under a new four-tier social distancing scheme set to be applied from July, authorities plan to ease business hours on restaurants, cafes, singing rooms and entertainment facilities in greater Seoul. They will be permitted to operate until midnight, an extension from the current limit of 10 p.m. All other businesses will have curfews completely lifted.

The government is also considering to expand limits on private gatherings from up to four people to eight. A detailed plan is to be announced this week. 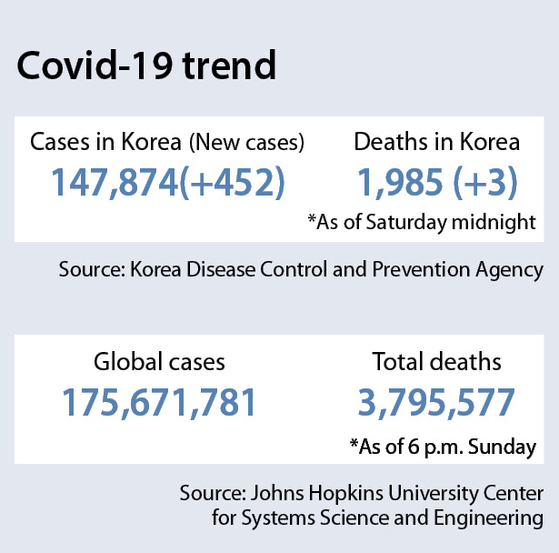 There were three additional virus deaths, raising the total to 1,985.

Covid quarantine to be exempted, but only for a few

Quarantine to be scrapped for vaccinated overseas arrivals