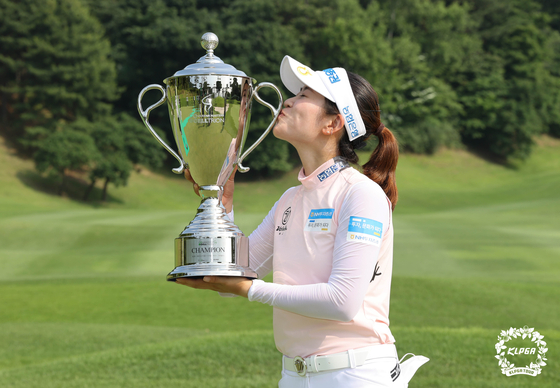 
Park Min-ji picked up her fourth win at the ninth KLPGA tournament this season, the Celltrion Queens Masters Open at the Seo Seoul Country Club in Paju, Gyeonggi, on Sunday.

Park won her season first in April at the Nexen Saint Nine Masters 2021 and her second at the 2021 NH Investment & Securities Ladies Championship. Park's third win came just a week after her second, at the Doosan Match Play Championship. Her fourth win comes after missing out on the previous Lotte Open to rest.

Park faced serious competition for the Celltrion Queens Masters Open title. Starting the final round, Park So-yeon led the group with 11-under-par, and Park Min-ji and Ahn Jee-hyun trailed right behind her with 10-under-par. Park Hyun-kyung, Sung Yu-Jin and Jang Ha-na were tied at third with nine-under-par.

Ahn was looking for her first-ever win, while Jang and Park hyun-kyung were looking for their second win this season.

The final round was especially unpredictable during the last few holes, as the top of the leaderboard kept on changing.

Ahn, who shot an eagle on the par-5 second, led the leaderboard in the par-4 seventh and stayed in the top-three until she took the lead once again with a birdie at par-4 14th. A bogey in par-3 17th pushed her down to finish third, but she still recorded her career-best.

Park hyun-kyung, who had made spot-on putts throughout the tournament, led the group into the par-3 17th but made an unexpected short iron miss.

Park Min-ji was making steady shots towards the end of the tournament as she birdied the par-4 14th, par-5 15th and par-4 16th. With the three consecutive birdies, she took the top of the leaderboard.

She then got stuck with a bogey right after, as her tee shot at par-3 17th missed the green. Her putt narrowly missed the hole, leading to a tie with Park Hyun-kyung at first once again.

Park Hyun-kyung waited after finishing the last hole with a par to see if the match would go into a playoff, but Park Min-ji slotted in her last birdie putt to win her fourth tournament. 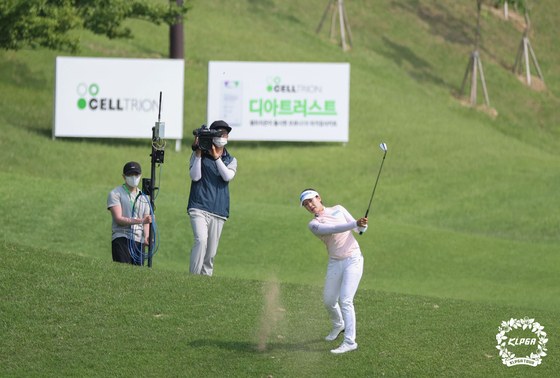 Park Min-ji makes her last iron shot on the par-4 18th that landed right next to the hole and set her up for her victory. [KLPGA]


Park already has four wins in just nine KLPGA games. Shin Ji-yai currently holds the record for the most wins in a single KLPGA season with nine wins in 2007.

"I don't think there is anything particularly different this season," Park answered when asked how she already had four wins this season at the after-game interview.

"I think its just that I am more relaxed because I know I already have wins under my belt."