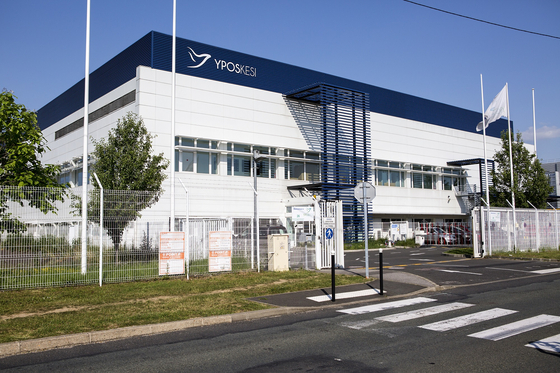 The French company is a contract development and manufacturing organization (CDMO) of bio pharmaceuticals, specializing in cell and gene therapy for patients suffering from rare diseases.

CDMOs engage in the early stages of developing a client’s product and also take charge of mass production.

The goal is to launch mass production in 2023 after obtaining approvals from U.S. and European drug regulators. The second factory is designed to comply with Good Manufacturing Practices (GMP) in Europe and United States.

The completion of the second plant will make Yposkesi’s Genopole complex one of the largest production sites for treatments for rare diseases in Europe, claims the bio company.

SK Inc., the holding unit of Korean conglomerate SK Group, acquired a 70 percent stake in Yposkesi in late March, hoping that gene and cell therapies will be important in the bio pharmaceutical markets.

Suppliers with Yposkesi's level of technology are rare, SK says. The French bio company’s specialty lies in its technology for viral vectors, which are the agents that deliver genetic material to the human cells to cure a disease.

The French bio company was placed as a subsidiary under SK Pharmteco, a wholly-owned subsidiary of SK Inc. that engages in contract manufacturing of pharmaceuticals.

SK Pharmteco will back funding for Yposkesi’s second factory, but the companies did not share how much of the 58-million-euro cost will come from the Korean company.