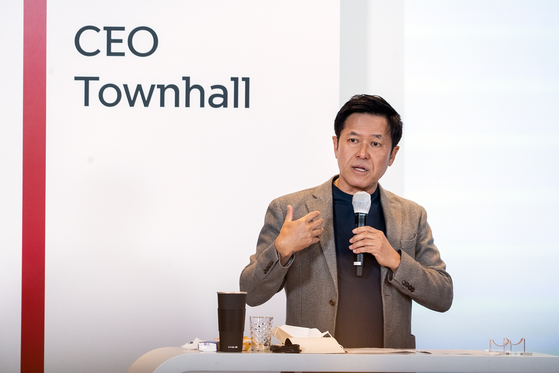 SK Telecom is splitting into two companies, one for telecom assets and the other for its wide range of other businesses and interests.

ICT Investment, the tentative name of the new entity, will take the company’s interests in 11st, T Map Mobility, ADT Caps and SK hynix, which is 20.1 percent owned by SK Telecom.

Shareholders will receive equivalent ownership in the new company.

“The company expects the spin-off to create an opportunity for the telecommunications, semiconductor and New ICT businesses to be properly valued in the market,” SK Telecom said in a statement Wednesday.

“The surviving company and the spin-off company will each build a management structure fit for the business to facilitate future growth and provide investors with two separate investment options.”

SK explained the sales portion of non-telecom businesses was reaching a point where it was inefficient for these subsidiaries to be grouped under the telecommunication service provider.

The spun-off “ICT Investment company” will have two major roles: pushing for aggressive investments in the semiconductor market and taking charge of initial public offerings (IPO) of its subsidiaries.

SK Telecom has been preparing IPOs for SK Broadband, ADT Caps, 11st, T Map Mobility and over-the-top service Wavve. In February, the company set up a task force dedicated to the mission.

Cash earned from the IPOs will allow for the new entity to push for investments in chip companies in Korea and overseas. Since 2012, when it was acquired by SK Telecom, SK hynix bought shares in Kioxia Corporation, formerly Toshiba Memory Corporation, and bought Intel’s NAND business.

In its Wednesday statement, SK Telecom said that new chip investments might be able to be concluded at a faster pace.

The spin-off is scheduled for completion this year after receiving approval from the board of directors and shareholders in a general meeting. For SK Telecom, it’s best for the spin-off to completed within 2021, as a new law that goes into effect next year compels parent companies to own more than 30 percent in listed subsidiaries. This would make things complicated for SK as it would have to acquire another 10 percent stake in SK Hynix.

SK Telecom also made it clear that “it has no plans to merge the spin-off company with SK Inc.,” which owns 26.8 percent of SK Telecom.

SK Inc. does not directly own shares in SK hynix.

Based on SK Telecom’s Wednesday plan, the new entity will make new chip investments instead of SK hynix.