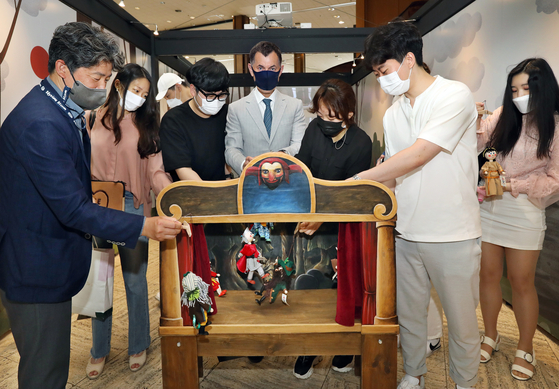 Czech Ambassador to Korea Gustav Slamecka, center, professor Kim In-chon of Czech and Slovak studies at Hankuk University of Foreign Studies, far left, and students majoring in Czech studies at the university try their hand at puppetry at the ″Secrets of Wooden Puppets: Czech Marionettes″ exhibition at the Seoul Museum of History in central Seoul on Thursday. [PARK SANG-MOON]


The Seoul Museum of History has welcomed a crew of entertainers who have for centuries made people laugh, cry, cringe in fear and nod in empathy every time they took to the stage across homes and theaters — the Czech marionettes.

Each with a distinct face and outfit, the wooden puppets are hanging mid-air in positions specifically curated by the Chrudim Puppetry Museum. They will be displayed at the museum in Seoul through August.

“Visiting the puppet theater either as a part of the school [activities] or with parents was one of my favorite pastimes,” said Gustav Slamecka, ambassador of the Czech Republic to Korea. “I remember getting overwhelmed by the performance due to the visual art of the puppets and the mastership of the puppeteers, even though these performances were based upon known tales.”

The exhibition, "Secrets of Wooden Puppets: Czech Marionettes," was brought to Korea in cooperation with the two countries' museums and governments to celebrate the 30th anniversary of the Czech-Korea diplomatic ties. Last year was the anniversary, but due to the difficulties in transporting the puppets during the Covid-19 pandemic, the exhibition was rescheduled to this year. The Czech Embassy in Seoul and the Czech Centre Seoul partnered in coordinating the project. 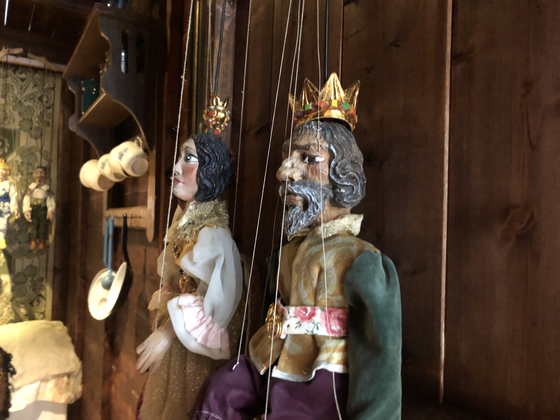 Czech marionettes are exhibited at the Seoul Museum of History through Aug. 29. [ESTHER CHUNG]

“History of puppetry in Europe dates back to the 16th century, and in then-Czechoslovakia in the 18th century,” said Hyun Yae-rim, curator of the exhibition at the Seoul Museum of History during a tour joined by students from Hankuk University of Foreign Studies on Thursday. “Initially, puppet shows were performed by families who dedicated their lifetime to puppetry, leading a nomadic life, always on the road with the puppets and performing across fairs, pubs and even outdoors, wherever there were people gathered.”

By the end of the 18th century, there is said to have been around 80 puppetry families in Bohemia and Moravia, areas that are now part of today’s Czech Republic, according to the Chrudim Puppetry Museum.

The exhibition in Seoul sheds light on the lifetime dedication of some of these families, including the family of Matej Kopecky, whose descendants, to this day, are still performing in puppet theaters.

“The puppet theaters are popular among kids, and oftentimes the shows carry a message not only for the kids, but also for the grown-ups as well,” said Michaela Lee, director of the Czech Centre Seoul.

Many shows were based on Czech fairy tales and legends, and others like the story of Dr. Faust were popular across the country and the continent of Europe.

On some occasions, a star would be born among the puppets, like Spejbl and Hurvinek, the comedy duo created by puppeteer Josef Skupa. They became so popular that they were asked to perform across 34 countries spanning four continents, according to the museum. These two have been included in the exhibition in Seoul. 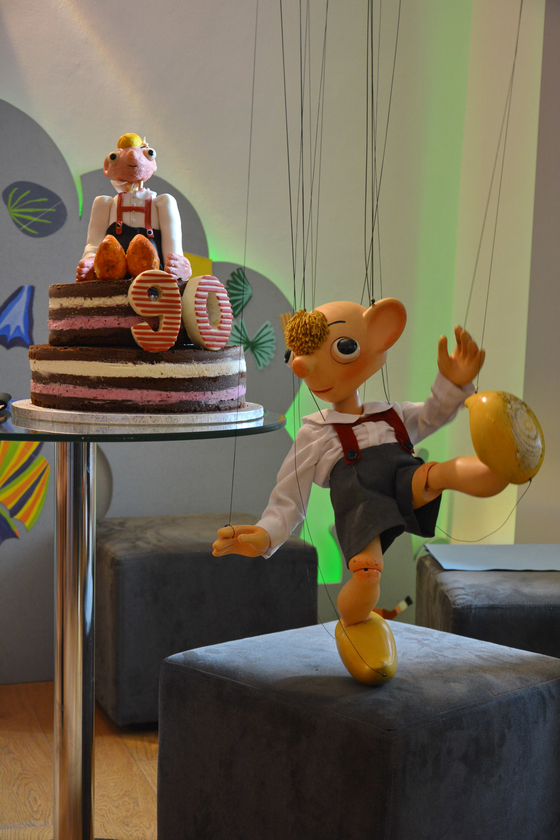 
Visitors to the exhibition have a chance to try their hand with their own puppeteer skills, using the puppets and a stage provided by the Chrudim Puppetry Museum. Young visitors can also ask the museum’s information desk for a take-home kit to try puppetry at home, which contains two popular fairy tale characters — Kasparek, a cheerful joker who almost always appears in shows with tricks up his sleeve to defeat the evil one, usually depicted as a dragon, which comes in the kit, or a wizard.


One way to get some extra enjoyment out of the exhibition is to try to spot the Kasparek marionettes looking out from behind the windowed sets and stages. There is one spot where nearly 20 Kasparek are gathered on a single stage.

The exhibition also includes a room where visitors can recreate sound effects often used by puppeteers, which resemble the sounds of a thunderstorm, rain drops or the clip-clop of a horse’s hooves.

Puppetry, once practiced only by certain groups of nomadic families on sets and stages, became a widespread form of entertainment by the early 20th century, and smaller puppets were made for at-home shows for families. Mass production for at-home puppets began in 1912 in Bohemia, according to the museum. 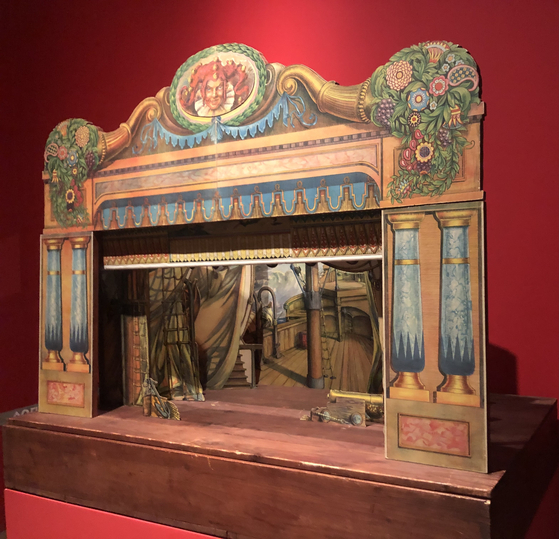 An example of a puppetry stage set up at the exhibition on Czech puppetry at the Seoul Museum of History. [ESTHER CHUNG]


“Anyone can create a story of their own with the puppets, who come alive at the tips of our fingers, and that is the magic behind puppetry,” said Lee.

In the Czech Republic today there are several dozen professional and independent puppet theaters, and more than 300 amateur puppeteer groups, with several puppet festival and shows every year.

“For the tourists, I would strongly recommend visiting the performance together with kid audiences,” said Ambassador Slamecka. “One can thus experience two performances — one on the stage and the other one by the audience. Kids get so involved in the story that they shout, gesticulate and express mood in line with the story — truly an experience!”

Reservations are not required but are recommended, especially over the weekends, as the museum is accepting a limited number of visitors due to Covid-19 social distancing guidelines. Reservations can be made at yeyak.seoul.go.kr