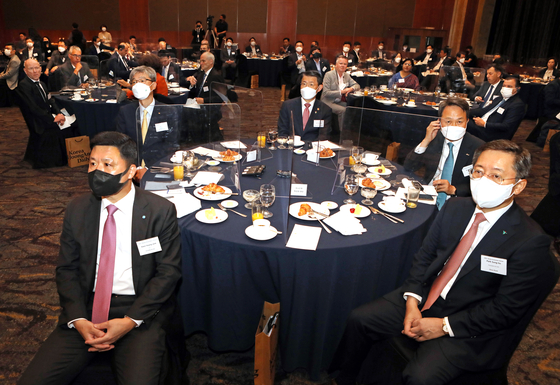 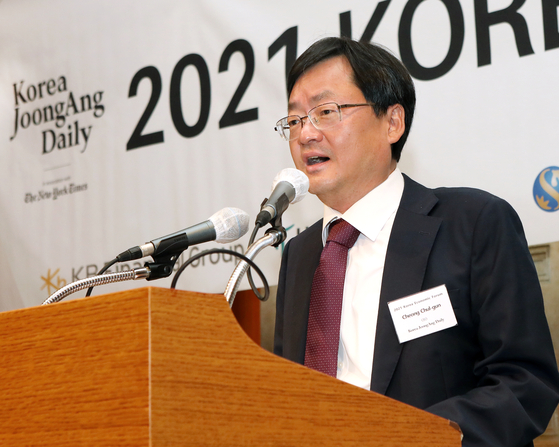 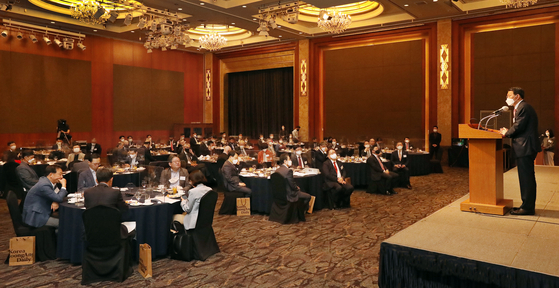 The attendees listen to the keynote speech by the FSC Chairman Eun Sung-soo during the Korea Economic Forum. [PARK SANG-MOON]


Diplomats and business leaders who attended the Korea Economic Forum on Thursday said the event updated them on Korea’s economic recovery and progress toward carbon neutrality, and that they left optimistic about the prospects for the country achieving its goals and possibly leading globally.


Over 100 ambassadors, financial leaders and CEOs of foreign companies participated in the annual forum hosted by the Korea JoongAng Daily in central Seoul.

Eun Sung-soo, chairman of the Financial Services Commission (FSC), delivered the keynote speech, outlining how the coronavirus has reshaped the Korean economy in accelerating digital transformation and the awareness about environmental, social and governance (ESG) standards.

The second session delved into the Korean government’s strategy to make the country carbon neutral by 2050, which was presented by Hong Jeong-kee, vice-minister of environment.

“ESG has grown very important, and banks are searching for ways to realistically practice” ESG policies, said Hur Yin, president & CEO of KB Kookmin Bank. “The forum was very informative in that I could learn what other people are thinking” about the approach towards carbon neutrality.

The heads of all of Korea's major commercial banks — Jin Ok-dong of Shinhan Bank, Park Sung-ho of Hana Bank, Kwon Kwang-seok of Woori Bank and KB’s Hur — attended the forum.

“The problems associated with the pandemic are not something that a single country could be prepared for or react to,” said Kwon Kwang-seok, president and CEO of Woori Bank.

“The pandemic-driven issues should be resolved via a cross-border cooperation. And it was also great to gain insight into how the financial authorities will adjust their policy measures in response to the economic recovery,” he said. 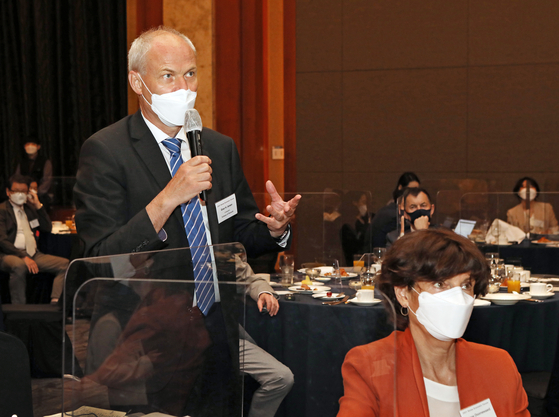 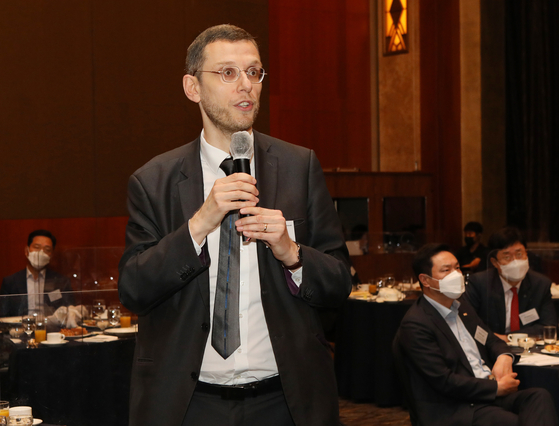 
Foreign envoys recognized the role of the forum as a rare platform to connect government officials and diplomats.

Christoph Heider, president of European Chamber of Commerce in Korea, echoed the view.

“I liked that all stakeholders came together to learn from each other because the government alone or the industry alone or the society alone cannot solve the environment problem,” he said.

The foreign diplomats and businessmen showed a keen interest in the government’s proposed roadmap to carbon neutrality, actively participating in Q&A sessions.

“What I liked today is of course the first focus on the pandemic and the economy, but I really enjoyed the second part on environment. Because Korea has come so far in the last year,” said  Einar H. Jensen, ambassador of Denmark to Korea.

“From the second part, I enjoyed the vice minister’s presentation of all the sectors and what can be achieved within different sectors,” the ambassador continued, “I think in the last year with the green new deal, the net-zero 2050 initiative—it’s a major step forward for Korea.”

Describing the event as “a well-spent morning,” Frode Solberg, ambassador of Norway to Korea, said that the forum was “useful to acquire knowledge about the evolving financial conditions and government policies including the Green New Deal initiative.”

The forum shed light on the new normal after the pandemic, according to David-Pierre Jalicon, chairman of the French-Korean Chamber of Commerce and Industry (FKCCI).

“It was, overall, very interesting because it set up a new vision about the new normal,” the chairman said, “We could understand very concretely about what the new normal looks like and how this will change the way we see our planet and environment.” 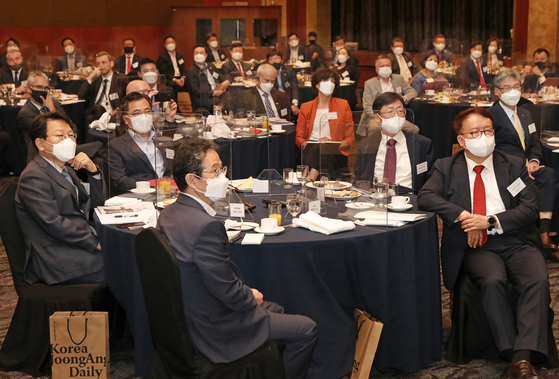 
The participants also shared their thoughts about the carbon neutrality initiative, stressing the importance of devising timely, swift action plans.

“I think the one thing to take away is that you need to act now. Not only because of the climate change but also for your industries,” said the Danish ambassador.

“I think it's important for governments, not only Korea but for all countries including France, to come up with a specific timeline” for each plan, such as the phasing out of the internal combustion engine, said Julien Cats, deputy head of mission of France.

To better address the environmental problems, Joanne Doornewaard, ambassador of the Netherlands to Korea, said that Korea needs to be more confident about its potential to tackle environment challenges.

“What I want to say is that Korea can be more confident about pushing forward because it is one of the very few countries in the world that handled the coronavirus well,” she said, “Going green and going carbon neutral is where the global economy is going, and I think it should be considered an opportunity to grow and expand instead of seeing it as a risk.”