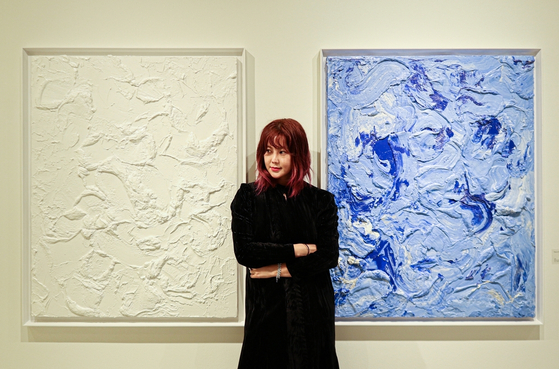 
Singer and artist Solbi’s artwork “Flower from Heaven” was auctioned for 20.1 million won ($17,813) on Wednesday by Seoul Auction, according to the artist’s agency, Map Crew Thursday.

Some 71 bids were made and the selling price was five times the original estimate of 4 million won.

“Flower from Heaven,” a mixed media artwork on canvas, is part of the artist’s “Cake” series. The canvas is layered by thick, white creamy textures and includes a Bluetooth speaker that plays a unique piece of music.

If the owner consents, the song will be released commercially as Solbi’s latest single.

Hankook Tire on a roll again after wage deal strike

Seoul apartment prices rose by 4 times over past 18 years: Analysis