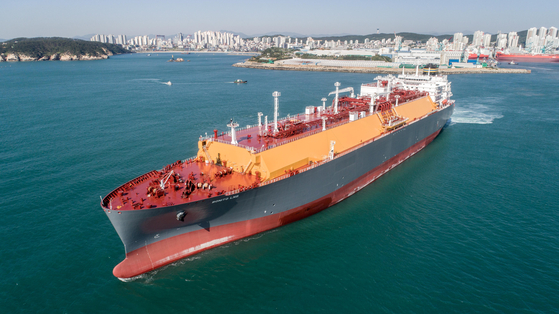 The deal was made between four different shipping companies.

The LNG carriers will be built at Hyundai Heavy Industries' shipyard in Ulsan and delivered by the latter half of 2023.

For the three LPG carriers, two will be built by Hyundai Heavy Industries and one by affiliated shipbuilder Hyundai Samho Heavy Industries at its dockyard in South Jeolla, and delivered gradually by the first half of 2024.

The crude carrier to be built by Hyundai Samho Heavy Industries, for delivery by the second quarter of 2023, will be equipped with a scrubber, which reduces sulfur oxide emitted by ships even while using high-sulfur fuel oil.