Bus No. 02 that runs on renewables in the Namsan Park area. [SEOUL METROPOLITAN GOVERNMENT]

Tour buses running on diesel will not be allowed to drive to Namsan Park starting Aug. 1, the Seoul city government said Monday.

"Starting in August, tour buses running on diesel fuel will not be allowed beyond Namsan Yejang Park [located next to Myeongdong Station] to proceed towards [the central areas of] Namsan Park," the city government said in a statement.

Tourists will be advised to transfer to village buses running on renewables. These buses include Nos. 02 and 04, and have distinct green exteriors. Their stops include Dongguk University Station, Namsan Library and Namsan Seoul Tower. 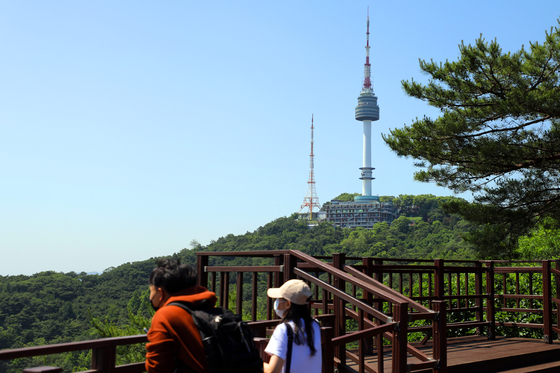 The announcement follows Seoul’s banning of old diesel cars from the area, which was designated a Green Transport Zone in 2017.


There are a number of Green Transport Zones in Seoul, some within the Seoul Fortress Wall, including Gwanghwamun Square, and parts of mounts Inwang, Bugak, Naksan and Namsan, as well as areas surrounding the Cheonggyecheon stream in central Seoul.

Green Transport Zones try to be more environmental by reducing cars and creating more pedestrian and bike-friendly roads. People are encouraged to leave their cars at home and take public transportation to these areas to reduce emissions.

“In order to operate Namsan Park as a cleaner and more eco-friendly park, the city will carry out various projects such as restricting the entry of diesel tour buses to it, building additional parking lots for transfers, and operating green buses to create an organic and effective transportation system around the area,” said Baek Ho, head of the urban transportation bureau of the city government. 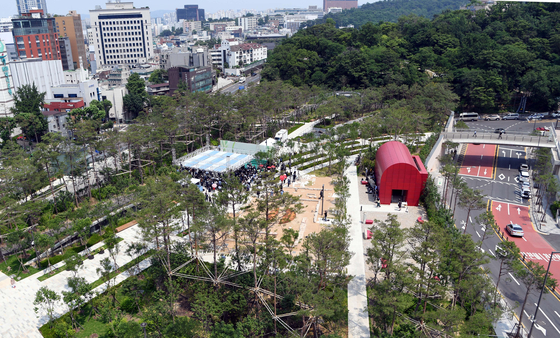