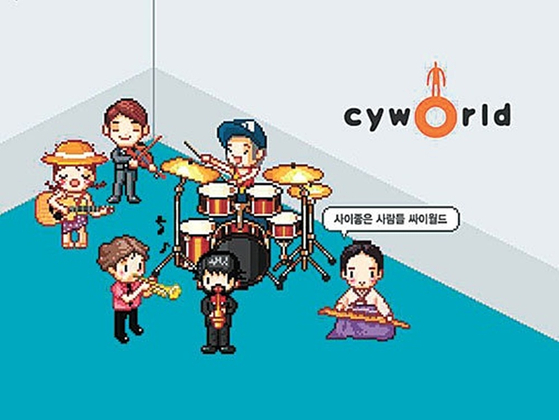 
Before Twitter, Facebook and Instagram, Korean youngsters would gather at Cyworld — once Korea's most popular social network and one of the very first in the world. Having once dominated the online realm in the 2000s and early 2010s, Cyworld is making a comeback — and so are the popular songs that users would add to their profile.

A brief look at the local music charts these days gives an uncanny sense of nostalgia to people in their 20s and 30s, as high atop the now popular list sit remakes from the 2000s such as ballad trio SG Wannabe’s “Timeless” (2004), Red Velvet Joy’s remake of Park Hye-kyung’s “Hello” (2003) and singer Lee Mu-jin’s remake of Park Joong-hoon’s “Rain and You” (2006). The remake trend has been around for the past 10 years in the Korean pop music scene, but experts say that the latest fad has been caused by television and online content that stimulates the sentimentality for the times gone by.

The biggest contributors to bringing back these past hits are television programs, which often turn to the contents from 10 to 20 years ago to appeal to viewers in their 20s and 30s. SG Wannabe’s “Timeless” started climbing up the charts since March when MBC’s entertainment program “Hangout with Yoo” gathered eight popular actors and singers to come together to form a project ballad group named MSG Wannabe. The group is currently preparing for the release of its first album and will “debut” this Sunday, June 27. 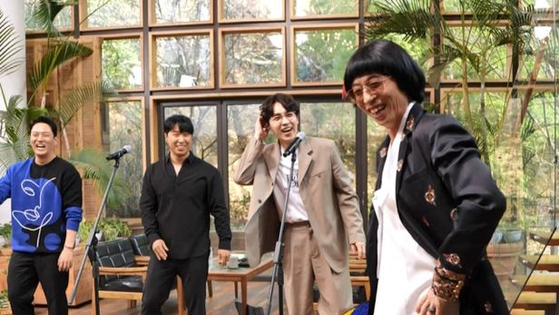 
“Hangout with Yoo” had already experienced success with the retro fad once last year. The show put together dance trio Ssak3 featuring the show’s M.C. Yoo Jae-suk, singers Lee Hyo-ri and Rain and topped the local music charts for weeks with the band’s summerly dance track “Beach Again.” The show continued its winning streak with the four-member tough-girl band Refund Sisters who dominated the charts with their charismatic dance track “Don’t Touch Me.”

Popular dramas that use old-school songs for their soundtrack are also major contributors. “Rain and You” ranked high on music charts as the first track off of the soundtrack for tvN’s second season of “Hospital Playlist” that began on June 17. “Aloha,” originally sung by dance trio Cool in 2001, was sung as a remake by actor Cho Jung-seok, who also takes the lead role in the drama, as a soundtrack for the first season of “Hospital Playlist.” It was released in March last year but still sits on the top 100 popular charts on local streaming services such as Melon.

“Remake [of the 2000s] is now a genre of popular music on its own,” said pop music critic Lee Dae-hwa. “Singers in the 2000s such as Lee Moon-se used to remake songs from the 1970s and 80s, and that was continued by the ‘Reply’ drama series and ‘Totoga’ entertainment program in the 2010s. Now, the trend has shifted to using songs from the 2000s as the originals for remakes.” 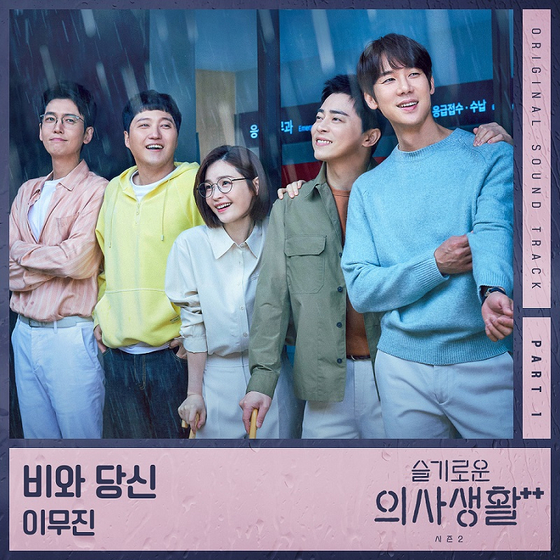 “Rain and You” sung by Lee Mu-jin, originally made in 2006, ranked high on charts as the first track off of the soundtrack for tvN’s second season of “Hospital Playlist” that began on June 17. [STUDIO MAUM C]


Lee cited the tvN drama series “Reply 1997,” “Reply 1994” and “Reply 1988” — the settings of which took place in the corresponding years — that appealed to people’s memories of the golden days. He also mentioned “Totoga,” a sort of Korean acronym for the Korean title “Saturday Saturday is a Singer,” a spin-off of MBC’s popular reality show “Infinite Challenge” that took place in 2014, 2015 and 2018, featuring popular singers from the 1990s and 2000s who come to perform their songs from their heydays. Both shows resulted in the featured songs and other songs from the era charting high on local music services.

The much-anticipated comeback of Cyworld is also a major player in the remake boom. Cyworld was initially planned to reopen in March, but has since been pushed to July, with no official set date. Cyworld, similar to MySpace's profile music, allowed users to pick background music to be played in its virtual living room, called a minihompy — equivalent to Facebook’s Timeline — which individuals could adorn in different ways to flaunt their unique style.

“Even back then, radios and YouTube channels would form playlists with songs that were often used on Cyworld,” said Lee. “The recent trend on YouTube where creators are re-enacting campus life from the 2000s has also played a big role in bringing back the Cyworld fad.”

To take the initiative in the trend, Cyworld Z, a corporation established by a consortium of five local entertainment firms which bought Cyworld from its previous operator, joined forces with content creator Superman C&M to start the “Cyworld BGM 2021” project. Starting with a remake from a yet-to-be-announced artist of “Y (Please Tell Me Why)” (2004) by Freestyle on June 29, the project will have the 100 songs that were most used as Cyworld background music sung by singers that are now popular among millennials and Generation Z. The 100 remakes will be released on streaming services. 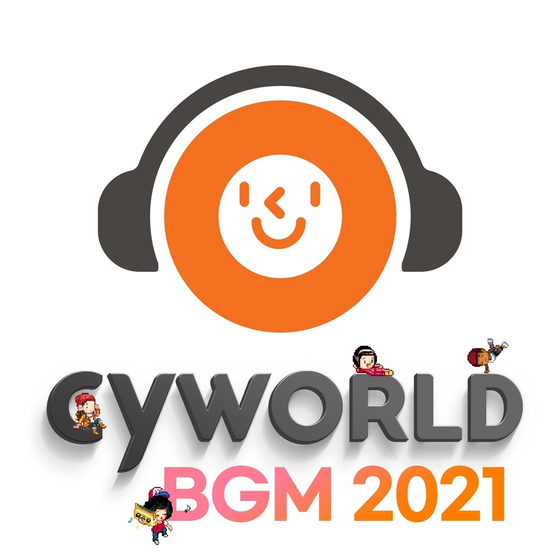 Cyworld's project, the “Cyworld BGM 2021” jointly held with content creator Superman C&M, will have the 100 songs that were most used as Cyworld background music sung by singers that are popular now among the millennial and Generation Z listeners. [CYWORLD Z]


“We thought about how we could connect the people that used to be the primary consumers of Cyworld back then with the millennials and Generation Z, who are the major social media users these days, and link them together with a common thread,” said Superman C&M. “That’s how we came up with the project, and we hope that Cyworld, which used to be a major player in the 2000s music scene, comes to be loved as a brand new platform once again.”

Going retro could also be sourced to the lengthy Covid-19 pandemic, according to Kim Jin-woo, chief Researcher at Gaon Chart. The aggregate number of streams made on local music services in the month of May decreased by 22. 5 percent compared to the same month in 2019, contrary to the sales of actual albums, which rose when compared to before the pandemic.

“When singers release new music, they have to go on promotional schedules such as fan meet-and-greets or concerts, but Covid-19 makes offline events difficult,” said Kim. “So to minimize the risk, they turn to remaking old songs because then they don’t really have to promote them for people to know. People are streaming less, and that makes songs that are hot on television or social media climb up the charts. This is a little different from the retro trend of the past.”