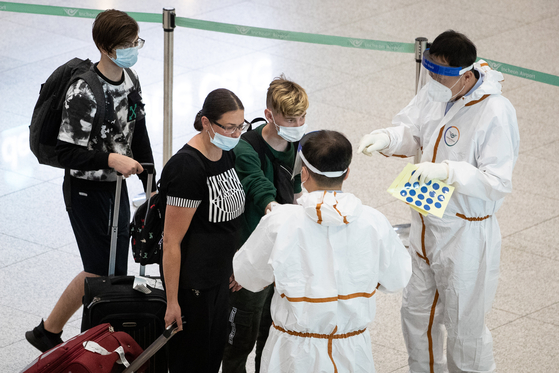 
Korea's daily new coronavirus cases spiked to over 600 on Wednesday as the fast-spreading virus variants emerge as a major obstacle in the battle against Covid-19.

Korea reported 645 new Covid-19 cases Wednesday, the highest record in 13 days after cases had been staying comparatively low. There were 605 local infections, raising the total caseload to 152,545, the Korea Disease Control and Prevention Agency (KDCA) said.

Health authorities reassured that cases reported after Tuesday during the week tend to be higher, as more tests are conducted on weekdays and other days usually reflect weekend counts.

However, the potential spread of virus variants, known to be more contagious and therefore spread faster, added to worries that the numbers could jump at any time.

According to the KDCA, 261 people were newly infected by any of four major virus variants from Britain (Alpha), South Africa (Beta), Brazil (Gamma) and India (Delta) during the past week from June 13 to 19, raising the total to 2,225.

The detection rate of virus variants reached 39.6 percent — meaning four out of 10 Covid-19 patients are infected with one of the variants.

Among the newly added cases, the number of Alpha variants was the highest, with 223 cases.

The Delta variant — which has 1.6 times stronger transitivity and 2.26 times higher hospitalization rates than Alpha mutations, according to the KDCA — increased by an additional 35 cases over the past week, bringing the total to 190. There was only one case until mid-April.

More than half of the new cases were locally transmitted, including 12 people from a cluster tied to a family and a school in Incheon, and three from a clinic in South Jeolla.

“Delta variants are rapidly becoming the dominant type around the world, which is worrisome,” said Lee Sang-won, head of epidemiological investigation analysis at the KDCA.

However, Lee said, "Vaccines have significant preventive effects against infection and serious illnesses," adding, "We are planning on vaccinating more people as an ultimate alternative." 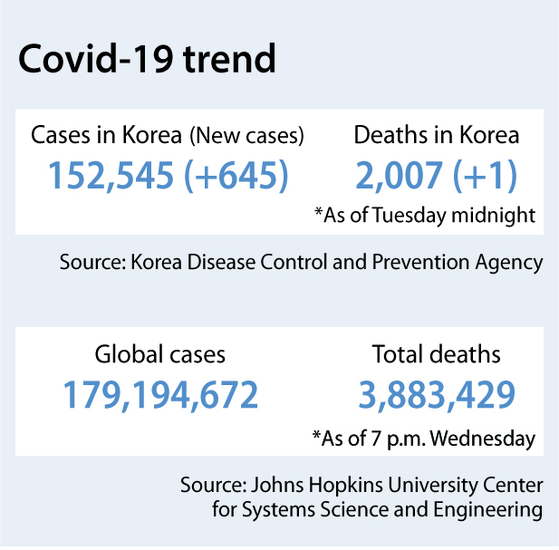 “With most people only partially vaccinated, the variants can easily spread, especially around young people who are more active,” said Kim Woo-joo, a professor of infectious diseases at Korea University Guro Hospital.