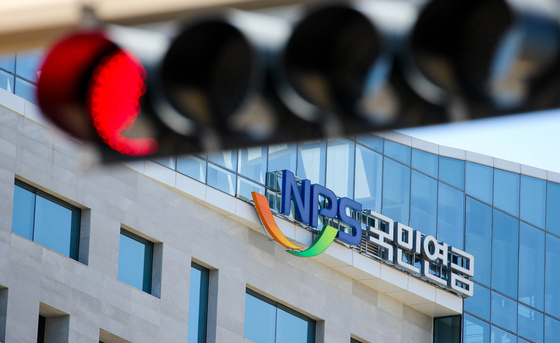 
The incoming president of the Korea Pension Association warned that the national pension system in its current state could be viewed like a Ponzi scheme — especially by the younger generations that will have to keep it going.

The Korean National Pension System, or NPS, has a pay-less, receive-more structure, said Lee Chang-soo. As Korea's population ages rapidly, demands on the pension fund are becoming so great that it is expected to completely run out as early as in 2053.

"At some point, there will be a rebellion of future generations,” said Lee, who is currently serving as senior vice president of the association.

The Korea Pension Association is an association of experts conducting research and developing alternative policies for Korea's public and private pension systems.

The aging of Korea's population is the fundamental problem, Lee said.


“It took 157 years for France to go from being an aging society [with the population aged over 65 exceeding seven percent of the entire population] to a super-aged society [exceeding 20 percent] — but it is expected to take only 27 years for Korea,” Lee said. “Our society will experience the feeling of being on a roller coaster.”

But that assumption was way off. The fertility rate was 0.84 person in 2020, and is expected to fall to 0.7 person this year.

"Even if the fertility rate is set at 1.05 persons [the rate in 2017], one person of working age must support at least one elderly person,” said Lee.

“The graph is rapidly falling. It's serious,” Lee said. "A deficit of 14 zillion won ($14 trillion) up to 8 zillion won ($8 trillion) will be accumulated in 2088, which is not an amount that the future generation can handle.”

In 2065, 22.8 percent of the government's budget will have to be spent to cover deficits in the NPS and other public pension systems including those for teachers, government officials and soldiers.

Lee said the current pension system is like a “Ponzi scheme” that shifts the burden to the next generation.

"The reality is that a five-year term president exercises their absolute power over the long-range public pensions.”

The Moon Jae-in administration estimated that deficits for the NPS will begin in 2042 and the entire fund will run out in 2057.  Based on the fourth so-called Actuarial Valuation in 2018, it drafted four bills maintaining the status quo, and submitted them to the National Assembly in December 2018. But they have never been passed.

“The public pension system is highly likely to fail if it’s used politically, so it should be separated from politics," Lee said. "[The current problem] stems from the lack of responsibility of officials as well as experts who do not speak out against the government's decisions and simply follow the government's opinion."