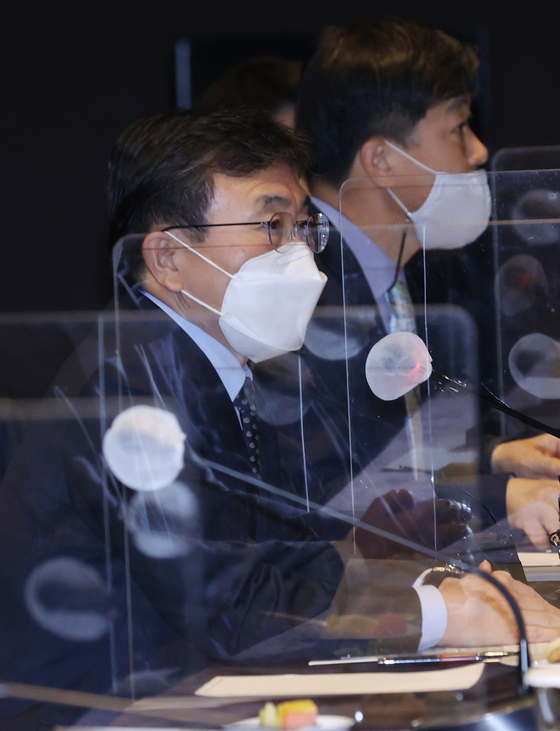 Welfare Minister Kwon Deok-cheol, head of the fund management committee of the National Pension Service, at a meeting held at a hotel in central Seoul on Friday. [YONHAP]


The National Pension Service (NPS) announced on Friday it will be adjusting the limits on domestic equity allocation — a move set off by the strong backlash by retail investors for the institution's aggressive selloff.


The NPS's pension fund management committee announced Friday at a meeting held in central Seoul their decision to raise the proportion of the strategic asset distribution limit for domestic equity allocation from the current 2 percentage points to 3 percentage points.

Following the adjustment, the proportion of the institution’s domestic stock purchases will be expanded to a range of 13.8 percent to 19.8 percent of the total assets, from the current range of 14.8 percent to 18.8 percent.

It was the first time the NPS made such an adjustment since 2011.

“The adjusted allocation limits will be put into effect immediately after they are announced,” said Welfare Minister Kwon Deok-cheol, who serves as head of the NPS fund management committee, following the meeting.

This means the adjustment could be implemented starting next week.

This forced the pension funds to unload a total of 14.5 trillion won ($12.8 billion) worth of Kospi stocks for 51 days straight from Dec. 24 through March 11.

The massive selloff angered retail investors that blamed the NPS for the sluggish domestic market over the past few months.

The decision on Friday arrived after being delayed on March 26 — around two weeks ahead of the mayoral by-elections for Seoul and Busan.