“We must be more moderate and tolerant, or we end up hurting each other,” reads an email that students of Korea University received on June 8. The sender was the president of the university himself.

This surprising communication was prompted by a case of online harassment of a student on the Sejong Campus, Korea University’s branch campus in Sejong City. 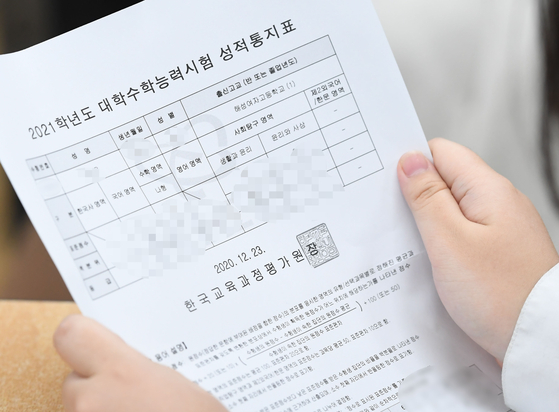 
Why did students on Korea University’s main campus react so viciously?

Korea University may have two campuses, but they are separate and hardly equal. Admission to places on the main campus is much more competitive, requiring higher College Scholastic Ability Test (CSAT) scores and high school grades. Main campus students feel superior, and are often unwilling to acknowledge branch campus students as schoolmates.

Both branches were founded in the late 1970s and 80s when the demand for college education was rapidly increasing. The Korean government encouraged Seoul-based universities to establish branch campuses to offer high-quality college education in the provinces. A brand new source of revenue was a bonus for the universities.


The Seoul-based schools hoped their branch campuses would be on a par with the main campuses. That was overly idealistic.

“Korean society does not treat main and branch campuses equally,” said Lim Myung-ho, a professor of psychology at Dankook University. “It is a well-known fact that graduates from the two campuses are treated differently during hiring processes.”

Students enrolling in branch campuses may hope to be treated as extensions of the main campus, with equal educational opportunities and prestige. Instead, they face mockery from the start. Students at the Wonju campus of Yonsei are described as going to “Wonsei University.” The same derision is felt by Korea University's branch campus students, who are said to be going to “Joryeo University” (a portmanteau of Jochiwon and Goryeo, the Korean pronunciation for Korea University).

The main and branch campuses are viewed as completely different institutions, and they operate with separate curricula and budgets. 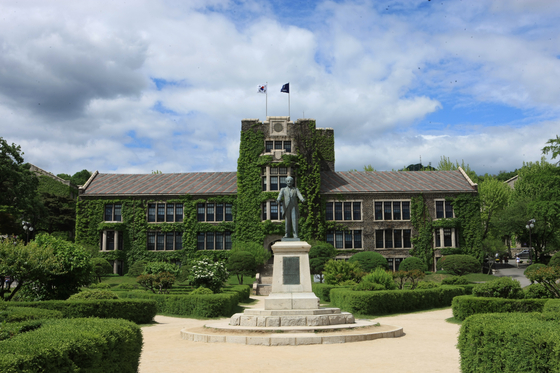 
“I once had a group dinner with members of the Yonsei Alumni Association,” said Jun, a senior at Yonsei University’s main campus, who asked not to be identified fully.

“The alumni asked each of the attendees what our majors were. When one student revealed that she was from the Wonju campus, the alumni’s facial expressions visibly changed and everyone froze. They didn’t talk to her after that. I don’t think of Wonju campus students as schoolmates either, but that was harsh.”

Inter-campus feuds have persisted for decades. How did the rancor lead to nastiness at the pinnacle of student life, the student council itself?

“Youths today strongly believe in meritocracy,” said Lim. “They become furious when someone who put in less effort gets the same treatment as someone who worked very hard.

“Main campus students believe that very different amounts of effort are needed to get onto each campus, which is true in terms of test scores. So they think it’s unfair to treat branch campus students as their equals.” 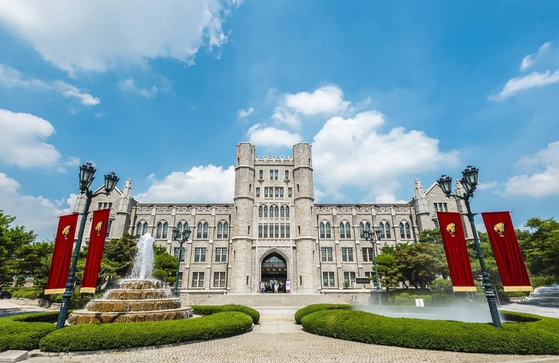 
“Main campus students think they have secured a superior position by succeeding in the competitive college admissions process,” said activst Parkgo Hyoung-jun of the civic organization Gwangju Anti-Hakbul Society. The Korean term hakbeol originally referred to cliques of people who graduated from the same elite university, but is now loosely defined as academic credentials or a culture that overly emphasizes it.

“So they believe it’s only fair to treat branch campus students differently. But was an appointment to the student council so unfair that it warranted such rage and hate speech? Some main campus students seem to think that their elite status justifies cyberbullying and doxxing toward those who have lower hakbeol than them. It’s not about fairness at that point.”

Students from the branch campuses have their own views.

“I want to ask main campus students: Why do you hate us so much?” reads a post by a Sejong Campus student on Korea University’s Facebook page on which students can post anonymously. “What did we do so wrong? I know our grades were lower than yours, but we also did our best to enter this school. So why do you look down on us so much?”


Kim, a junior on Yonsei University’s main campus, had his reasons.

“Clearly, branch campus students studied less hard in high school and that lead to a difference in academic competence,” he said.

“If they demand the same prestige after putting in less effort, that’s unfair. It belittles how hard the main campus students worked to get where they are. Some call me a bigoted elitist, but I’m only speaking the facts.”

“I once met a Wonju campus student in an academic club,” she said. “I thought positively of him until I found out he was pretending to be a main campus student on social media. It was really disappointing that he was leading a fake life.”

Last year, a college admissions consultant who built his career by claiming to be a graduate of Yonsei University’s main campus was outed as a grad of the branch campus. He eventually deactivated all his social media. 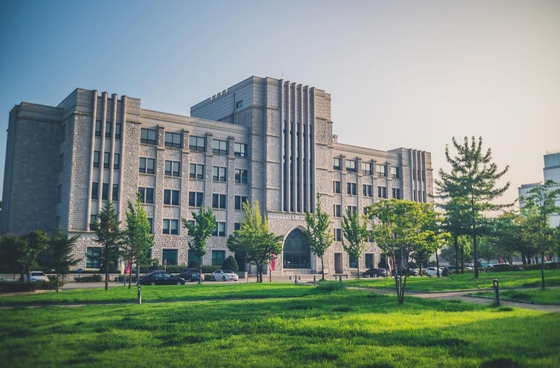 
“I tutor high school students part-time, and most of them want to attend a Sky University even when their grades aren’t good enough,” said a senior at Korea University’s main campus surnamed Kang. “So they think of applying to the branch campuses, expecting to share some of the main campuses’ brand value. I strongly encourage them not to, because I know that’s not the case at all.

“My friends who attend Yonsei’s Wonju campus endlessly compare themselves to main campus students. It kills their self-esteem. I warn my students that the discrimination and insecurity may torment them for a lifetime.”

“The [inter-campus] hostility is more intense than ever because both sides are exhausted,” said Professor Lim. “Finding a job is so difficult today, even for graduates of prestigious main campuses. Humans become prone to hate and aggression when we are under stress, especially toward those we perceive as weaker or inferior. Extreme stress is what causes main campus students’ verbal attacks on branch campus students, although hate is never acceptable.”

In an attempt to cool emotions down, the President of Korea University intervened directly. However, his email caused a backlash from students from both campuses, who asked if the school was really an innocent party in this situation.

“College recruiters purposefully mislead high school seniors, talking as if the two campuses are treated equally under the same brand of Korea University,” said Kang. “And then the school turns a blind eye to the reality that there is a rigid hierarchy. That way it can deliberately maintain the status quo and continue to profit from the tuition that branch campus students pay.” 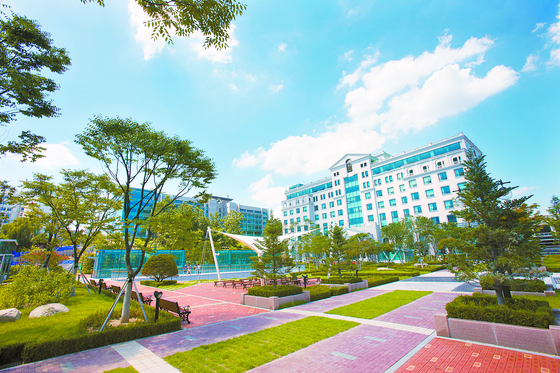 
Lee June-seong, a main campus freshman at Hanyang University, another prestigious university in Seoul that runs a branch campus, also believes the schools should take responsibility.

“Colleges are aware that Korean society cares immensely about alma maters, so they intentionally use the main campus’s prestige for promotion,” he said. “Perhaps private universities are free to pursue profits, but I think they need to reconsider their tactics when they’re causing so much conflict.”

Parkgo suggested that main campus students should reflect on their elitism.

“Although schools should be more active in trying to alleviate the inter-campus imbalance, it wasn’t the schools that told main campus students to discriminate and cyberbully branch school students. Their attitude is a gatekeeping mentality. I hope main campus students maintain their rationality.” 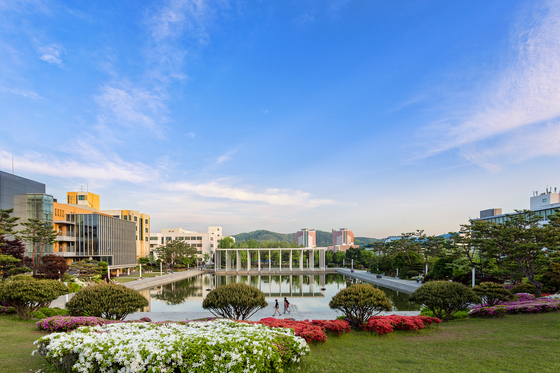 “Because Korea’s birth rate has been declining over the past two decades, colleges are having a hard time recruiting students, especially in the provinces where branch campuses are located,” Lim said.

“So recruiters will do anything to attract students, and the most effective way is to use the prestige of the main campus. They’re basically tricking students into applying by telling them that there’s no big difference between the two campuses and they will be treated as equals, which is a lie. It’s wrong, but it’s their survival strategy. I don’t think their misleading marketing is going to end any time soon.”

Conference will discuss Netflix and the Korean wave