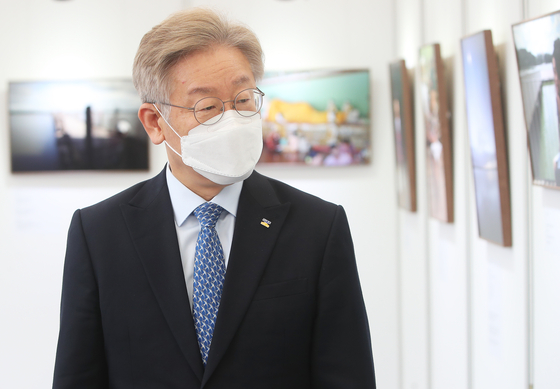 
The ruling party’s presidential primary registration started Monday, and top politicians such as Gyeonggi Gov. Lee Jae-myung will join the race to represent the Democratic Party (DP) in the March 2020 election.

“Lee will register his candidacy on Wednesday,” Rep. Park Hong-keun of the DP, a key aide to Lee, said Monday. “He will announce his bid on Thursday.”

The DP started receiving applications from candidates on Monday and will accept them until Wednesday. It will hold a sort of preliminary round on July 11 to select six contenders who will formally participate in the party’s primary race. The six winners will be chosen in the preliminary primary through two sets of opinion polls. A general public opinion poll will count as 50 percent and the party members’ poll will constitute the other half.

The DP will elect its presidential candidate in the main primary in September.

Gangwon Governor Choi was the first to register his candidacy with the party on Monday.

Governor Lee is a clear frontrunner among all DP politicians. In the latest opinion poll released by the Korea Society Opinion Institute on Monday, Lee scored 28.4 percent as the next president, ranked second overall, after former Prosecutor General Yoon Seok-youl.

Meanwhile, former Prime Minister Chung and Rep. Lee Kwang-jae said Monday that they will compete and merge their candidacies by July 5. They are both loyalists of the late President Roh Moo-hyun, a longtime ally of current President Moon Jae-in. Chung and Lee both promised to uphold Roh’s political philosophy. 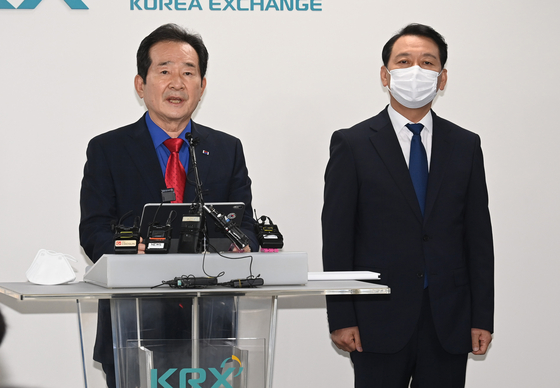 
Chung served as the commerce minister in the Roh administration and chaired the ruling Uri Party, a predecessor of the DP. Lee started his political career as an aide to Roh.

The DP will elect its presidential candidate through a primary on Sept. 5, but if no one scores a majority vote, there will be a runoff voting to elect the final winner on Sept. 10.

Over the past weeks, DP politicians were split over the presidential primary schedule. Lawmakers close to presidential contenders and former prime ministers Chung and Lee Nak-yon have demanded that the primary be postponed until November in order to attract more public attention.

Lawmakers supporting Governor Lee, however, protested the delay, demanding that the primary be hold as scheduled.

The DP’s Supreme Council put an end to the confrontation on Friday and announced that it will maintain the original schedule.

The beginning of a real battle