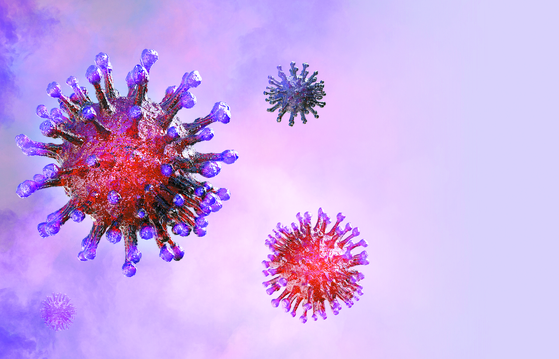 
After four attempts, it came up with a new strategy. I am talking about the Covid-19 virus. In fact, a virus is the most diligent organism, constantly changing its shape and adapting to a new environment. It lives by a simple yet powerful survival strategy.

As mankind developed vaccines and started administration at the end of last year, the virus started to move rapidly. As always, the key tactic is to produce variants. Variants began spreading fast across the world.

According to the U.S. Center for Disease Control, there are more than six coronavirus variants in the U.S., including Alpha (B.1.1.7), Beta (B.1.351), Gamma (P.1), Delta (B.1.617.2) and Epsilon (B.1.427, B.1.429). The World Health Organization assigned Greek alphabet letters to the coronavirus variants, and Alpha was first confirmed in Britain in December 2020. The powerful variant that is spreading around the world is the Delta variant that started in India.

In addition to contagiousness, the Delta variant has the added capability of disabling vaccines and antibody treatment. The Delta variant is the dominant kind, more prevalent than previous variants. It is quickly spreading in Britain and South Africa.

On June 25, the WHO announced that the Delta variant is spreading in at least 85 countries. WHO Director-General Tedros Adhanom Ghebreyesus said in a video briefing that the Delta variant is the most contagious among the variants confirmed so far, and as the virus is still evolving, new variants will continue to be identified. He pointed out that it is a global failure not to sufficiently supply vaccines to underdeveloped countries.

The fight against the virus is unfavorable to humanity. The best strategy to fight the virus can be learned from the virus itself. The key is a preemptive response combined with patience and perseverance.