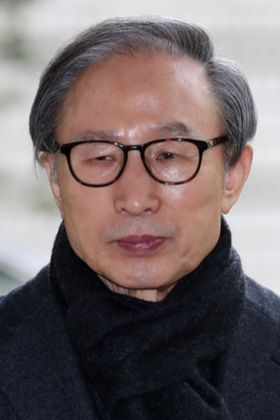 
Former President Lee Myung-bak, currently in prison for bribery, embezzlement and tax evasion which occurred during his term in office, wrote a letter bemoaning the state of the country, made public by the recipient on Wednesday.

The letter was a response from Lee to a younger alumnus of Korea University — Lee’s alma mater — who sent a letter to the former president in prison.

The recipient posted the letter to Koreapas, the university’s online community for current students and alumni, along with his letter to Lee.

The writer, who describes himself as an ordinary family man who works as a plastic surgeon, criticized the government as he wrote to Lee, “People who have no accomplishments to boast of are raising large statues and memorial halls like the father and son to the north and engaging in shameful acts of historical revisionism and distortion.

“They are demolishing the dams and levees you built because they want to erase your accomplishments.”

In his response, Lee said, “All this is happening because I fell short, but I am certain that the truth will come out.”

Lee also bemoaned the state of the country, saying “With our own eyes, we are seeing how short a time it takes to destroy that which took a long time to build.

“Above all else, I am so sad that the country has become like this.”

Also previously the mayor of Seoul before becoming president, Lee was elected to the top office by a landslide in 2007. Although he began his term with high approval ratings, his popularity took a hit over a series of policies, including the decision to resume U.S. beef imports over safety concerns and his preference for large-scale construction projects.

Five years after his departure from office, Lee came under suspicion for bribery and embezzlement committed before and during his presidency. In October 2018, Lee was convicted of bribery, embezzlement and abuse of power and sentenced to 15 years in prison and ordered to pay a 13-billion-won ($11.5 million) fine. His original conviction was confirmed by the Supreme Court upon appeal in October 2020.