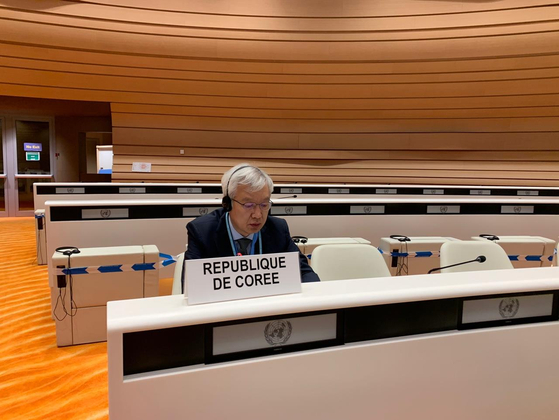 Korea’s status was upgraded from a developing country to a developed country by the United Nations Conference on Trade and Development (Unctad).

It is the first time the UN body upgraded a country’s classification from developing to developed since its establishment in 1964.

The Ministry of Foreign Affairs announced Sunday that Unctad, a UN body set up to support developing countries access the benefits of a globalized economy, decided to classify Korea as a developed nation during its 68th board meeting at the organization’s headquarters in Geneva. It was a unanimous decision.

Lee Tae-ho, the permanent representative of Korea to the United Nations and other international organizations in Geneva, said Korea hopes to more actively play the role of bridge builder between different groups within Unctad as a major donor country.

On June 22, Lee said Korea was the sixth largest Aid-for-Trade donor among members of the Organization for Economic Cooperation and Development (OECD) and that with other OECD donors, Korea is seeking to institutionalize its contributions at the Unctad, hinting the country was seeking to change its status to a developed country.

The Foreign Affairs Ministry said in a statement that the Korean government will expand its mediation between developing and developed countries.

Korea has been considered a unique example in history of becoming a donor country after being a recipient of UN aid.

At the end of 1996, Korea became the 29th member of the OECD. This was considered a major recognition of Korea as a developed country, though soon after the country suffered from the 1997 Asian financial crisis.

In 2009, Korea became a member of the Development Assistance Committee of the OECD, which is an international forum of the largest providers of aid, with 30 members.