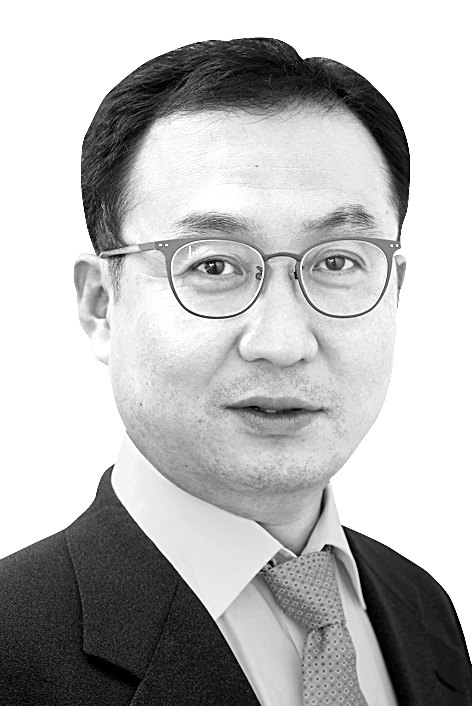 The author is head of Unification. Culture Research Institute of the Joongang Daily.


In his 10th year in office, North Korean leader Kim Jong-un appears uneasy. Overshadowed by his father Kim Jong-il and grandfather Kim Il Sung, he tried to stand on his own feet. He presided over the General Meeting of the Central Committee of the Workers’ Party in January, February and June. Usually, the meeting is held once or twice a year. Whenever he convened the meeting, Kim replaced members of the Politburo. The party’s Economic Director Kim Du-il, was replaced by a new face one month after his appointment and Pak Tae-song, the party’s secretary for propaganda, faced the same fate in six months.

There was a reshuffle of the top cadres on June 29, too, but no one has been identified. North Korea’s third-generation leader Kim Jong-un is getting anxious and impatient. Largely due to an increasingly hostile external environment, he is tightening internal controls just like his father did during the Arduous March in the late 1990s. That reminds us of his earlier effort to heighten tension through the merciless executions of his uncle Jang Song-thaek in 2012 and Defense Minister Hyon Yong-chol in 2015. Kim resorts to the unforgiving ways he used in the early days of ruling the state.

Since the launch of the Kim Jong-un regime in 2012, modifiers such as “radical” or “exceptional” were often placed before the word “regime.” The young North Korean leader appeared before the public, linking arms with his wife Ri Sol-ju. The way he made speeches to the people was also atypical. That’s not all. He invited Dennis Rodman, a former NBA player, to Pyongyang, and went on to propose summits with leaders of South Korea and the United States. He was willing to strike onto the international diplomatic stage in stark contrast with his father, who was dubbed a “leader in seclusion.” Soon, the international community began to appreciate Kim Jong-un for aiming to move the ball in some direction.

But Kim has changed. The confidence he showed before the audiences in Pyongyang in April 2012 — “I will never let the people tighten their belts again” — converted into a pledge “to build our own wealth, create our self-prosperity, and safeguard national integrity” on December 2019. Rekindling the age-old ideological war, Kim is doing his utmost to mobilize as many people as possible to put the country back on track. As if to show his deepening agony, his weight of 140 kilograms (309 pounds) was noticeably cut. 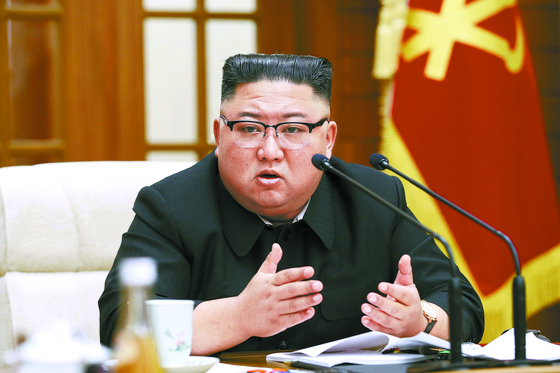 North Korean leader Kim Jong-un presides over an expanded meeting of members of the Politburo of the Workers’ Party on June 29. [RODONG SINMUN/NEWS1]

The turning point was the second U.S.-North Korea summit in Hanoi in 2019. Ahead of that meeting, the United Front Department (UFD) and the Foreign Ministry of North Korea were thoroughly preparing through heated debates to achieve the best–possible results. As Donald Trump already agreed to improve U.S.-North relations and end U.S. hostilities toward the North in his first summit with Kim Jong-un in Singapore on June 12, 2018, it would be perfect if Kim could persuade Trump to ease sanctions on North Korea, because it could certainly help North Koreans not to “tighten their belts” anymore.

The Foreign Ministry’s claim that it had been cheated by the U.S. before was effectively countered by the UFD’s justification of the success of the first summit in Singapore. The UFD also argued that the South Korean president mediated the second U.S.-North summit this time. Kim Jong-un sided with the UFD, which argued for a more aggressive negotiation with the U.S., and appeared in Hanoi. The lights of Kim’s room in the Melia Hanoi Hotel were on until the morning of his second meeting with Trump. Kim’s voice was hoarse, suggestive of his painstaking effort through the night to ensure a better future for his people. But Kim’s proposal to dismantle the Yongbyon nuclear facilities in exchange for a lifting of five sanctions related to people’s livelihoods was rejected by Trump.

The ramifications of the failed summit in Hanoi were far-reaching. Kim’s five-phased initiative for national governance — regime stabilization, economic development, diplomatic advancement, lifting sanctions, and people’s livelihoods improvement — suddenly stopped at phase 3. Kim must have been embarrassed over how to explain his botched summit with the U.S. president to the people. The failed meeting would deal a critical blow to the country’s decades-old mantra that “you should worship your supreme leader as he is infallible no matter what.” Despite all the cheers he received in Pyongyang before leaving for Hanoi, the leader was to leave Hanoi empty-handed. On the special train back home, he reportedly lamented, “Did I really take the 60-hour train ride from Pyongyang to Hanoi for this?” Two weeks later, Kim sent a letter to a congregation of low-level propaganda officers to ask them not to sanctify a state leader. That was his frank admission of fallibility of supreme leaders in the North.

North Korea’s about-turn since then to cut off all inter-Korean relations reflects its decision to blame South Korea for the collapse of the summit in Hanoi. For instance, Kim Yo-jong, the powerful younger sister of Kim Jong-un and vice department director of the Central Committee of the Workers’ Party, hurled unimaginable insults at the Blue House after backtracking on North Korea’s appreciation for the South Korean president’s mediation. The denuclearization talks also were put off once again after Trump and Kim got so close to untying the Gordian Knot.

Under such circumstances, Kim Jong-un, chairman of the State Affairs Commission, took the drastic action of removing his father and grandfather’s names from the Constitution of the Workers’ Party after amending it in January. Kim also deleted their names from the name of a famous youth group — one of his next-generation power bases — to stand on his own feet 10 years after taking power. But his government still suffers from the triple whammies of the coronavirus, natural disasters like flooding, and international sanctions. The construction of the Wonsan-Kalma beach resort, scheduled to be finished by Kim Il Sung’s birthday on April 15 last year, and Pyongyang General Hospital, supposed to be completed by the Workers’ Party founding day on Oct. 10 last year, are still going on. The ambitious projects to show Chairman Kim’s “endless love for the people” are put on hold in the face of international sanctions with no glimmer of hope over the next round of negotiation for denuclearization.

In its June 28 edition, the North’s state mouthpiece Rodong Sinmun ran a pages-long special feature on Chairman Kim. Its title: “10 years of great revolutionary guidance shining in triumph and glory.” The newspaper summed up the past decade under Kim as a period of miracles.

The feature story quoted Kim as saying, “Wrapping up my 10 years of rule, I have faithfully followed in the footsteps of the Great Leader [Kim Il Sung] and the Great General [Kim Jong-il]. I will only take the same path forever. That is my conviction and determination.” After the shocks from Hanoi, Kim seems to have reflected on the 46 years of rule by his grandfather and the 37 years of rule by his father, including the period as heir. After the economy faced extreme hardships in 1997, Kim Jong-il told his subordinates to “not expect any change from me.” Five years later, however, he introduced some elements of market economics to help improve outmoded systems in the isolated country. Following his summit with Chinese President Hu Jintao in 2010, Kim Jong-il also put North-China ties back on track. The answer mostly lied with opening and communicating with the rest of the world.

In 2010, when he met a group of presidents of media organizations from South Korea, Kim Jong-il expressed a hope to visit and pay respects to the grave of the founder of the Jeonju Kim family in South Korea, to which he belongs. I look forward to his son taking the baton from his father and taking a step forward instead of adhering to a path of seclusion.