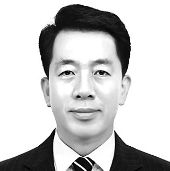 Jang Seok-gwang
The author is a former criminology professor at the National Graduate School of Intelligence.


A 47-year-old South Korean official from the Ministry of Oceans and Fisheries was fatally shot in the Yellow Sea by North Korean soldiers as the South’s military looked on from afar. His body was gruesomely burned. The Ministry of National Defense and Coast Guard are claiming he tried to flee to the North on purpose.

A politician called the murder “an opportunity to improve inter-Korean ties.” An author praised North Korean leader Kim Jong-un as an “enlightened monarch” for apologizing to the South for the tragedy through a single statement.

As someone who has long dealt with North Korean affairs, I can firmly say from my experience that a person who intentionally tries to defect to North Korea leaves numerous traces behind. Before putting their life’s greatest decision into practice, they settle their affairs, organize their finances, tuck a family photo into their bag and send text messages to close friends.

In contrast, a person who accidentally crosses the border barely leaves any trace behind. A South Korean novelist who was on a trip to China once crossed the Tumen River into North Korea while drunk. He was repatriated two weeks later, but even he could not squarely tell South Korean intelligence officials why he had gone to the North. He only said he was drinking alcohol, when the next thing he knew, he woke up in North Korea.

Alcohol is the most common cause of accidental defections. When alcohol is not involved, a mental disorder may be, or a kidnapping, or some other kind of drama. Surnamed Lee, the South Korean fisheries official who was killed, left behind his notepad, wallet, ID card, government official identification, some clothes and a photo of his acquaintance in his cabin before he went missing. There were no signs indicating he had intentionally planned to defect to the North — not in his belongings or call history.

There was absolutely zero evidence showing Lee tried to settle his affairs. No one remembers him as inebriated at 1:35 a.m. on Sept. 21, when he was last seen by his colleagues in the South. He has no known history of a mental disorder and there’s barely a chance he was kidnapped. By sheer guess, there’s a higher possibility he accidentally ended up in the North, yet the South Korean military and government keep insisting he defected. The truth must be told transparently and thoroughly.

South Korean officials claim Lee was wearing a life jacket and relying on some sort of floating material in the sea after he left his shoes behind on a boat “neatly.” But at a time when local authorities are not even sure precisely when he jumped into the sea, all of these snippets of information do not prove that he escaped to the North intentionally. His colleagues became aware of his absence at 11:30 a.m., Sept. 21, which means that depending on the time he jumped into the sea, the direction of the current could have forced him into the North against his will.

South Korean military officials say they extrapolated their conclusion from their own intelligence, but it’s difficult to confirm that when the intelligence has not been publicly disclosed. It’s dangerous to draw conclusions considering the extreme fear Lee must have felt when he came into contact with North Korean soldiers.

Let’s assume he did try to defect to the North by swimming. Then why didn’t he jump off his boat when it was closest to North Korea? The fact that South Korea’s military made a hasty conclusion and the Blue House reacted politically to the issue — possibly not to thwart President Moon Jae-in’s drive to declare an end to the 1950-53 Korean War — is what ignited public distrust.

The unification minister acclaimed the North Korean leader for apologizing to the South a day after Seoul demanded an apology, but the message sent by Pyongyang is riddled with speculation. In the message revealed to the local press by the Blue House, North Korea claimed it burned the floating material Lee was on, not his body. And the North called Lee an “illegal intruder.” Pyongyang also asserted that it confirmed Lee’s identity from 80 meters (262 feet) away, but that’s impossible when considering the noise that must have come from the waves and high-speed boat.

Lee — the father of two children — was murdered six hours after South Korea’s military was aware he was in the North, three hours after the case came to the knowledge of Moon. Four hours after Lee’s death, Moon’s pre-recorded speech pushing for a war-ending declaration was played at the United Nations, and the next day, he watched an a cappella show. What a joke.