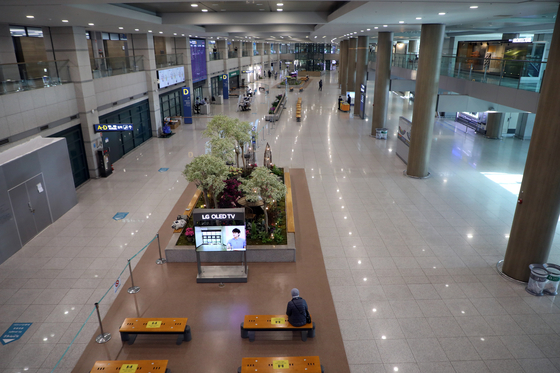 Empty arrival hall of Incheon International Airport on March. Due to Covid-19, many people are traveling domestically instead of going abroad. [NEWS1]


Koreans able to travel overseas soon may opt to stay in the country, or simply stay at home, during their summer holidays.

Although the expectation is for a rush abroad, domestic travel will remain popular. 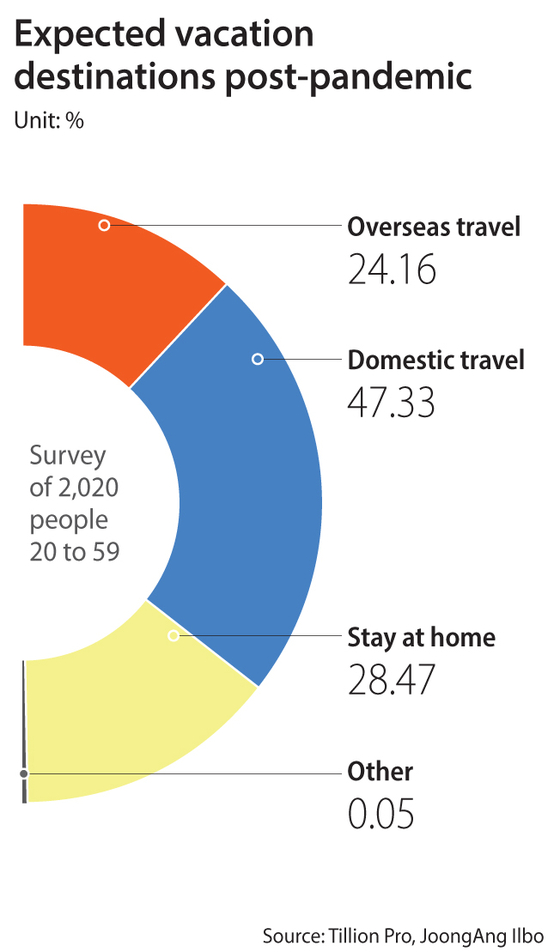 Higher costs and packed bookings were the main drawbacks of domestic vacations.

“I was planning on going to Jeju Island mid-May, but had to change plans and go to Gangwon Province because all the nice hotels and resorts were fully booked,” said Kim Mi-kyung, a 44-year-old living in Seocho-dong, southern Seoul. “There is a set vacation period because I have to take my kid’s academy vacation period into consideration, and it was hard to book hotels at famous tourist sites or near Seoul because everyone was traveling domestically.”

Staycations at homes, not hotels, was another popular pick for Koreans during the pandemic.

Among respondents who had summer vacation plans, 16.03 percent said they plan on taking days off to stay at home.

Preference for stay-at-home vacations is expected to continue in the future, as 28.47 percent of the respondents said they want to stay home during vacation even when the pandemic ends. Rest and relaxation is what they are seeking.

“I’ve been spending a lot of time at home due to Covid-19, and I found many different ways to have an enjoyable time at home,” said Uhm Hye-jung, a 34-year-old living in Jamsil, southern Seoul, who plans to stay home for the summer vacation. “I've now become accustomed to switching from ‘work mode’ to ‘rest mode’ when I'm at home.”

Choosing where to go for vacation was the biggest question before the pandemic, but now, choosing what to do is key. Many are using at-home vacations to do things and pursue hobbies they didn’t have time for during their busy days.

The number of courses at Class 101, an online one-day class site, increased fourfold on year as of July 1. A certain number of users need to confirm they are willing to sign up for a class to open, and more courses mean more people signing up and showing interest.

According to Class 101, the increase was more prominent during the summer vacation season of July and August.

Kim Hye-yeon, a 29-year-old living in Gangdong District, eastern Seoul, said she signed up for a workshop session to learn about bonsai tree care during summer vacation.

“There are a lot of people around me who want to take one-day classes for hobbies they didn’t have time for, such as bonsai tree planting, pottery or cooking,” said Kim. “I plan on attending the bonsai workshop and taking time to rest at a nearby cafe."

This summer's hottest destination may be the mall