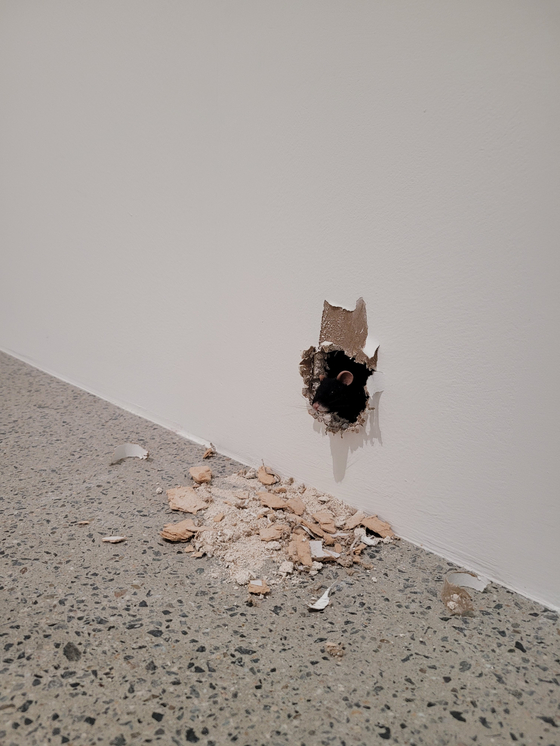 
A black mouse pokes its head out of a hole in a wall of an art museum and delivers a prophetic speech about time and the end in a child’s innocent voice. This is not a scene from a fable but what the visitors to a solo show of British artist Ryan Gander at Space K in Magok, western Seoul, will encounter.


The tiny robot mouse, voiced by the artist’s youngest daughter, “delivers a profound sermon on some of the biggest questions that face humanity from our ability to cognitively time travel to our limitations in being able to foresee our own end,” according to the London-based Lisson Gallery. To hear the mouse sage speak, including the sentence “Time is your greatest asset,” the viewer needs to squat before the mouse hole in a humble gesture both in mind and body.

Gander, currently one of the most influential conceptual artists, completed the work “The End” in early 2020 just before the outbreak of the Covid-19 pandemic in earnest. Therefore, the work is considered to be very prophetic. Gander was quoted by Lisson as saying that the mouse talks about, above all, time and that “time really feels to me like it is the subject of our time."

“The End” is one of the 28 works on view in the solo show of Gander titled “Rates of Change.” Regarding the title, Gander said in an interview with Space K, “the thing to think about the last year, is that because we have not been having a lot of new experiences, times go strangely quickly but then all the merriments, it seems to go on and on forever. So ‘The Rates of Change’ has to do with the way that we perceive time as humans depended on the context that we are in. (...) ‘Change’ is exactly the same as ‘Time.’ They can actually be one word because without change, time wouldn’t exist.”


He also said in the interview that his interest in time might have started with the concept of a “midlife crisis” when “we get to a point where we think we only have this much time left, as the time we’ve lived, and we freak out because all of a sudden, the end is closer.” 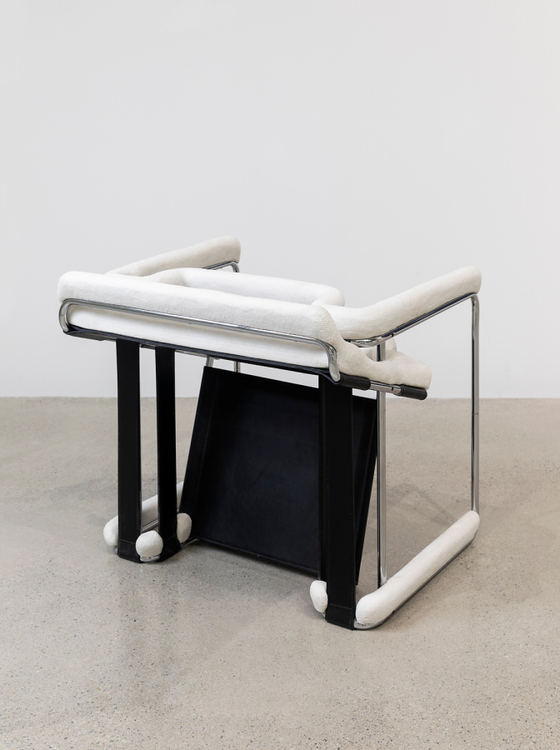 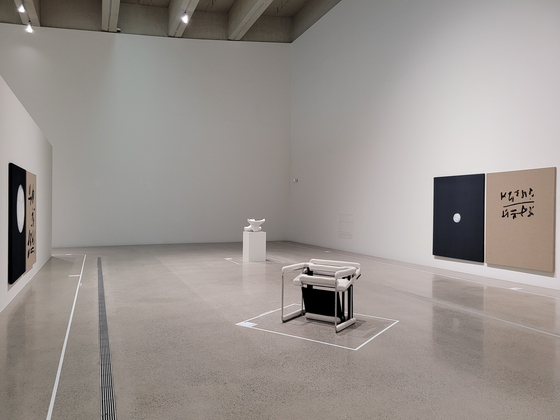 
Many of the works on view are related with time and mortality — not only of humans but also of art. Among them are upturned iconic chairs designed by famous architects such as Le Corbusier and Marcel Breuer, on which Gander put piles of several inches of snowfall, actually made of marble resin, to show the passage of time. There is also “The Squatters” series, which feature furry cats occupying and sleeping on empty plinths, which Gander re-created based on his favorite historic conceptual art pieces. The cats, with realistic fur and bellies which move in and out as if they are breathing, are actually elaborately-made, battery-powered sculptures. 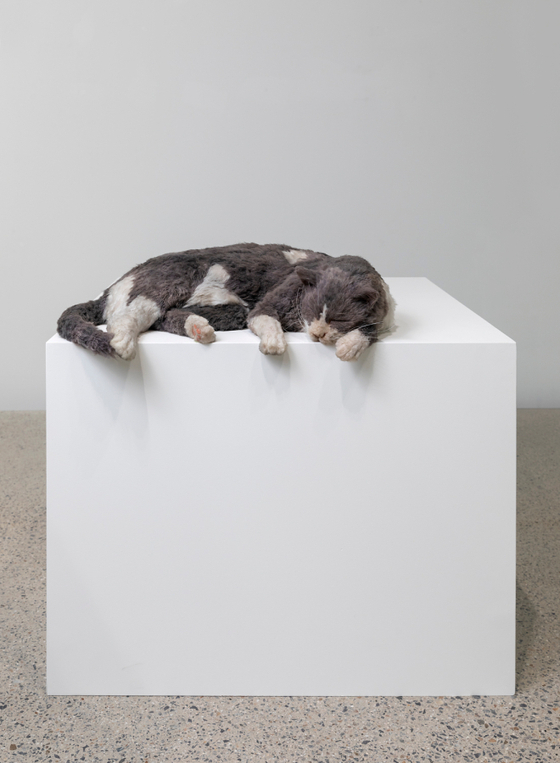 
However, his works about time and mortality are not for pessimistic or nihilistic messages, the artist said. In the interview Gander said, “And I’m quite into this idea that we can control time and that we can control change. I don’t think everything is written and I’m not a massive believer in fates. I believe that we will have an agency and we will have time and we will have attention and they are three of our greatest currencies and assets that we have. They’re far more valuable than money for example, and I think with those assets of freedom and agency we can create change for a positive good or so.”


The exhibition runs through Sept. 17. For more information, visit www.spacek.co.kr.