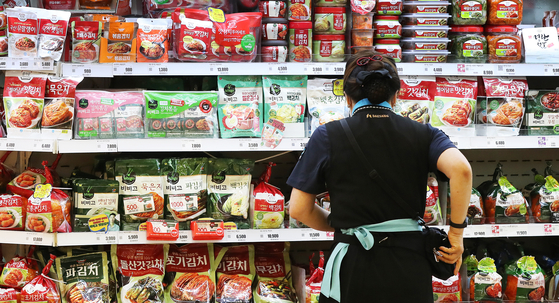 A wide variety of Korean kimchi at a discount mart in Seoul on Tuesday. According to the Ministry of Agriculture, Food and Rural Affairs, in the first half, Korean agriculture and food exports totaled $4.15 billion, which is a new record. That’s up 15.4 percent on year, the fastest growth in 10 years. Korean ginseng exports were up 25 percent year-on-year, while kimchi exports grew 20 percent. [NEWS1]