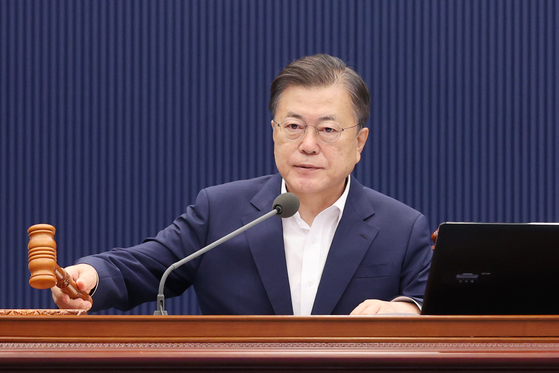 
The Blue House will stay away from politics and concentrate the administration’s goals in the final months of President Moon Jae-in’s term, a key presidential aide said Tuesday.

“We are in a position to keep a distance from the political arena and concentrate our attention on the people’s livelihoods and state affairs,” Lee Cheol-hee, senior presidential secretary for political affairs, said in an interview with KBS radio. “No matter what discussions or commotions take place in the political arena around the presidential election, the Blue House will remain unshaken and we will do our jobs.” 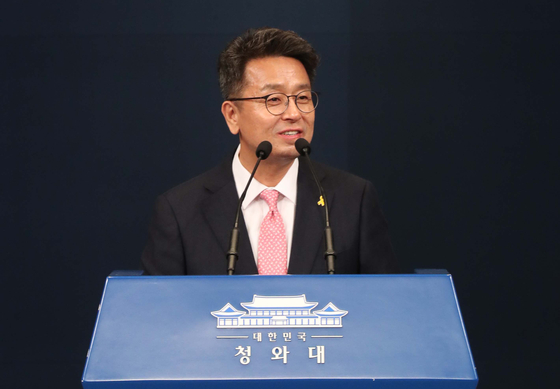 Lee’s comments followed Moon’s remarks the previous day about the Blue House and administration remaining politically neutral ahead of the March 2022 presidential election. “We must focus on matters concerning disease control, the economy and people’s livelihoods,” Moon said at a senior secretariat meeting on Monday.

Lee urged politicians from the ruling and opposition parties to not try to pull Moon into their political situations.

Asked about the ruling party leader’s blunt criticism of over-enthusiastic loyalists of Moon, Lee refused to discuss the issue. “I, of course, have a view about it, but my comments will bring about another controversy, so it’s better for me to say nothing,” he said.

On Monday, Song Young-gil, Chairman of the ruling Democratic Party (DP), attacked Moon loyalists, giving them the derogatory nickname “Dae-Ggae-Moon.” The term, often used in cyberspace, refers to people who would show blind support for Moon even if their heads were busted. 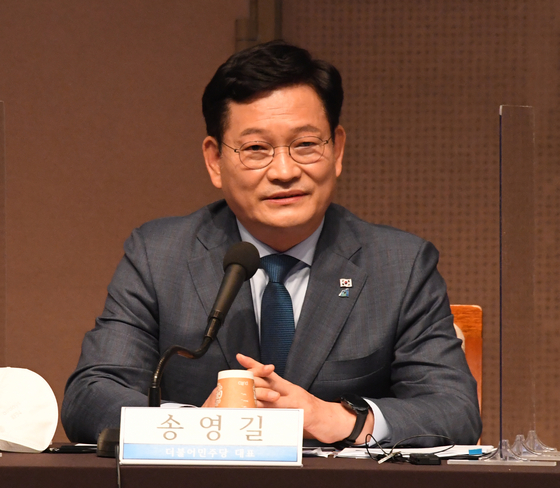 Chairman Song Young-gil of the Democratic Party on Monday talks at the Kwanhun Club debate. [YONHAP]

“The so-called Dae-Ggae-Moon people think naively that they would rather vote for the opposition if the candidate they are backing loses the party’s presidential primary. With such an attitude, we won’t be able to protect Moon and the administration will not succeed,” Song said.

Other presidential contenders such as former Prime Ministers Lee Nak-yon and Chung Sye-kyun condemned Song and demanded an apology. Moon loyalists demanded Song step down from the chairmanship.

“It is not one particular individual’s responsibility,” Lee said about growing demands from ruling and opposition politicians that Moon fire Kim Oe-sook, senior presidential secretary for personnel affairs. Top politicians made the demand after Moon’s anti-corruption secretary Kim Gi-pyo stepped down last month over accusations that he bought land using inside information.

“All the people who participated in the appointment process should share the responsibility," Lee said.

While Moon immediately accepted Kim’s resignation, he is taking time deciding on the resignation of Lee Kwang-cheol, presidential secretary for civil affairs. Lee said he was stepping down last week after he was indicted on charges of abuse of power. Moon has not accepted the resignation yet.

“It is an important post, so we cannot leave the post vacant while  searching for a successor,” Lee Cheol-hee said.

Moon also has no plan to replace Lee Jin-seok, presidential secretary for state affairs monitoring, although he was indicted in April on charges of abusing his office's powerto influence the Ulsan mayoral election in 2018 to help Moon’s friend win the post.

Moon wants to keep Lee because he is a medical doctor and his role is crucial in the country’s Covid-19 response.