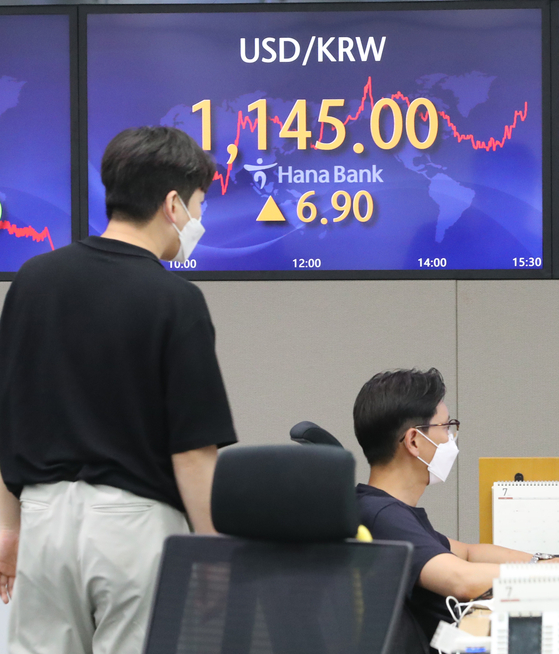 A digital screen in Hana Bank's trading room in central Seoul shows the local currency closing at 1,145 won against the dollar, up 6.9 won from the previous session's close. The won to dollar exchange rate was the highest since October 12, 2020, when it traded at 1,146.8 won against the dollar. [YONHAP]

The won back at crisis levels

Won's retreat continues with currency hitting 1,399 to the dollar