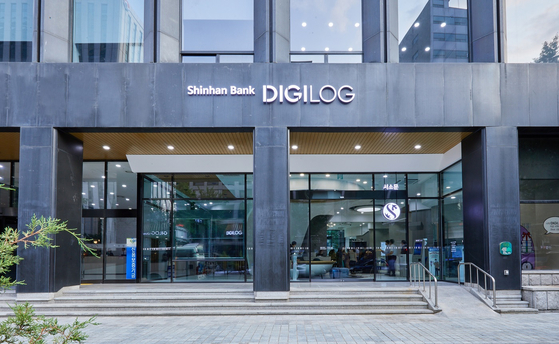 
Shinhan Bank has unveiled a new brick-and-mortar branch concept, dubbed Digilog, in an effort to prove that there is still a place for offline banks in an increasingly digital industry.

While traditional banks have been reducing the number of brick-and-mortar branches to save on costs in line with the growing trend of people moving online for banking services, Shinhan is hoping its new Digilog branches will prove that offline branches still matter in the future.


The first Digilog branch took the place of an existing Shinhan Bank in Seosomun, central Seoul. The two other branches were opened inside existing banks in Mok-dong, western Seoul, and Incheon.

According to the bank, the Seosomun branch will specialize in retail banking, the Incheon branch in corporate banking and the Mok-dong branch in wealth management.

The main difference between a Digilog branch and a more traditional brick-and-mortar bank appears to be an increased focus on digital technology and a relaxed interior design intended to look more like a lounge or a cafe than a formal bank setting. According to Shinhan, the goal is to offer a "human touch in the midst of a digital transition in the financial sector."

Digilog branches have a customer experience zone where visitors can try out various digital services and test what financial products best fit their needs. They will also host weekly seminars on various financial issues including real estate, investing and exchange rate projections. 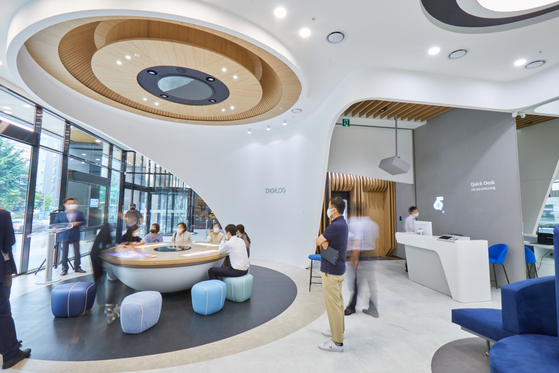 
These branches still have counters with staff for general banking services, and private rooms for financial consulting.

Shinhan plans to open one more Digilog branch at Hanyang University in eastern Seoul in September.

"We hoped to create a bank that's nothing like a bank to offer a unique financial experience to customers," a spokesperson from Shinhan Bank said. "Digilog branches, where digital technology and a human touch meet, will be a competitive edge for the bank against big tech companies [entering finance.]"