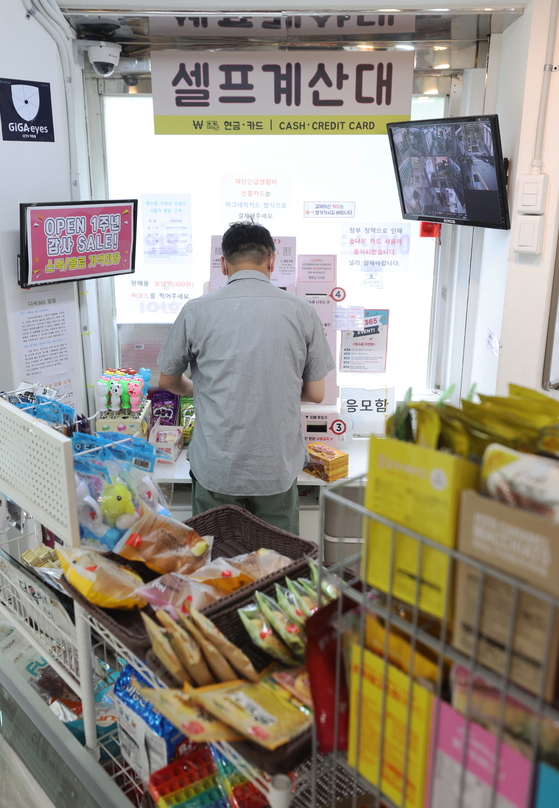 A customer at a convenience store in Songpa District, southern Seoul, uses an automated counter to buy products on Tuesday. Following the government's announcement on Tuesday that it would raise next year's minimum wage by 5.1 percent to 9,160 won ($8), a coalition of convenience store owners released a statement saying they ″cannot pay that amount″ even if they want to. ″We cannot accept a minimum wage raise that does not take into account the realities of convenience owners and other self-employed workers.″ [YONHAP]

A rush to raise the minimum wage