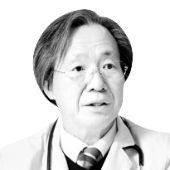 The author is a professor of pulmonology at Hallym University Sacred Heart Hospital and former director of the Korea Centers for Disease Control and Prevention.


The fourth wave of Covid-19 is spreading. People who hoped for drastically relaxed social distancing rules in July are forced to follow the highest Level 4 guidelines. As strict punishments are promised, a single violation could lead to a business suspension. The government has taken pride in disease control measures in the past. What happened? Herd immunity will be attained when 70 percent of the people complete vaccinations, but rather than occupying the highlands of herd immunity, record-high cases have been confirmed.

Was the fourth wave inevitable? I don’t think so.

The biggest failure was easing disease control measures as the government was too confident about meeting the primary vaccination goal early: a decrease in the fatality rate and a reduction in the number of positive cases in the age group over 50 in June.

Another problem is ignoring the lesson that positive cases increased inevitably after issuing consumption coupons twice last year. Without realizing that a worst-ever pandemic wave was around the corner, related ministries announced plans to promote spending.

The day after 395 cases were confirmed on June 22, 634 people tested positive, up 63 percent. The number did not go down, but the authorities did not treat it seriously. I find it very disappointing that the government adhered to easing social distancing rules until the afternoon of June 30. As Level 4 rules are centered on easing restrictions, it is not appropriate to apply it in the unstable time of increasing positive cases. The accumulated experiences from the past five-level distancing rules have become useless.

Another cause of failure is that the numbers were compared too simply when more contagious variants of alpha and delta are spreading fast. Excessive trust in vaccines also contributed to the worsened situation. It is true that a first dose gives protection, but Korea mostly uses AstraZeneca vaccines that require three months between doses, and the effectiveness of vaccines was stressed without sufficient data on changes in antibodies.

Moreover, first doses only give 33 percent effectiveness, and it is hard to expect sufficient prevention against the delta variant, but preparation was not enough. Testing on variants was conducted sufficiently, but it is disappointing that the data was not used to make plans. As vaccines have run out for now, a preemptive response to control the spread was necessary, but failed.

Causes for 25 percent of the infections have not been identified since the third wave of the pandemic. As a result, an average of more than 100 people a day were exposed to the communities for more than six months. They were neglected for too long. It helped trigger the fourth wave. Testing and tracing capacity should be increased by using manpower and budget intensively. It is also disappointing that a professional workforce was not trained in advance.

What are the solutions at this point? Active cooperation and participation of the people is essential, but people are tired of the government’s distancing guidelines and have grown slack. The government needs to quickly provide transparent and detailed information and implement predictable disease control measures. The situation of being relaxed and suffer must not happen again.

When the delta variant becomes a dominant virus, current distancing standards will be useless due to the higher infection rate and hospitalization rate. Vaccines should be secured by all means and second doses must be completed as soon as possible. The easiest way to stop the spread is to reinforce testing, find as many hidden cases as possible, and isolate them. Rather than testing by casting a fishing net, selection and concentration based on epidemiology should be prioritized. One more thing: the drawing up and implementing of Covid-19 measures should be done by medical professionals.

Back to a night curfew (KOR)