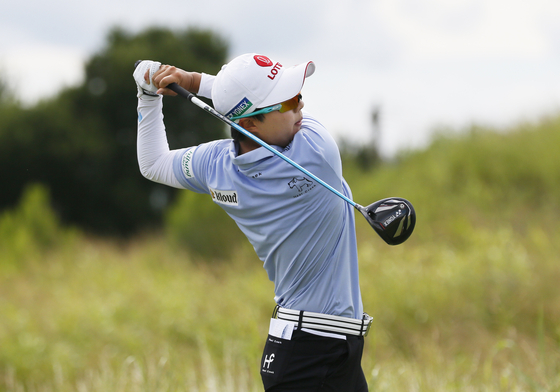 Kim Hyo-joo plays her shot from the first tee during the second round of the LPGA Volunteers of America Classic golf tournament in The Colony, Texas on July 2, 2021. [AP/ YONHAP]


The LPGA Tour moves to Midland Country Club in Midland, Michigan this week for the second edition of the Dow Great Lakes Bay Invitational, running from Wednesday to Saturday.

This tournament, unlike other LPGA tournaments, will be played as a 72-hole, stroke-play team event with teams comprising of two players.

After 36 holes, the field will be cut to 35 teams, and if there is a tie after 72 holes, the match will be pushed to a sudden-death playoff played by the tied top teams.

There will be a total of 144 players, so 72 teams of two. The top 70 players on the LPGA Priority were able to choose their partners, picking any eligible golfer who already has an LPGA Tour card, with four sponsor exemptions. 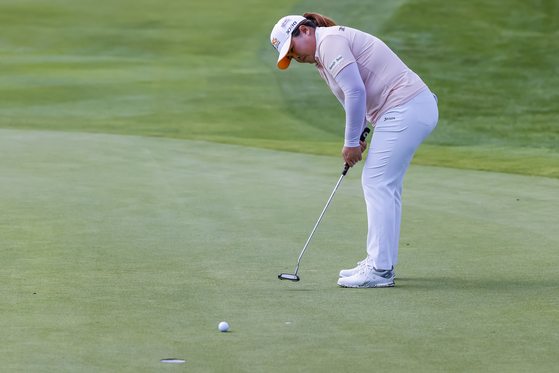 Park In-bee putts on the fourth hole during the third round of the Marathon LPGA Classic at the Highland Meadows Golf Club in Sylvania, Ohio on July 10, 2021. [EPA/ YONHAP]


A total of 17 Koreans will be competing in 11 teams at Midland Country Club.

Of the four Korean women's golf Olympians, Park and Kim Hyo-joo will be the only ones competing at the invitational, as Kim Sei-young and Ko Jin-young are out to rest.

After the Dow Great Lakes Bay Invitational, the LPGA Tour moves to Europe to play The Amundi Evian Championship in Evian-les-Bains, France and then the ISPS Handa World Invitational in Galgorm, Northern Ireland before the start of the 2020 Tokyo Olympics.

Amy Yang looks for No. 4 at the Honda LPGA Thailand