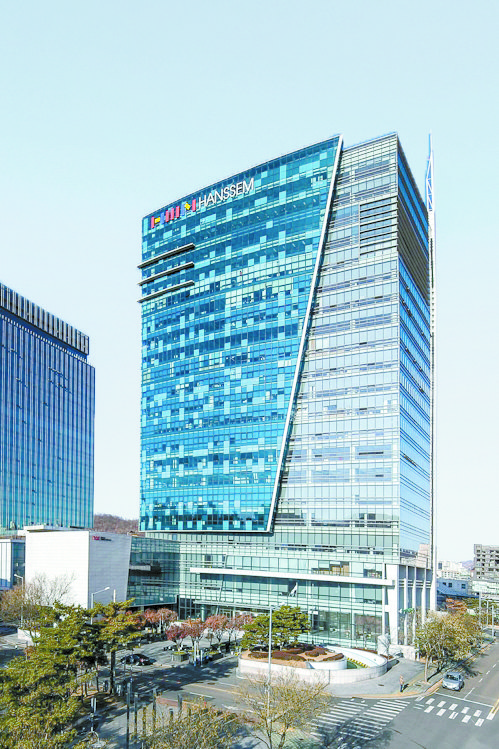 
A private equity group has agreed in principle to buy nearly a third of Hanssem, Korea’s largest furniture company.

Cho Chang-geol, the company’s CEO, director and honorary chairman, and seven others signed a memorandum of understanding for the sale, according to a release from the company.

The buyer is IMM Private Equity, a Gangnam-based firm that has invested through various funds in wide range of Korean companies, including K bank, Socar and Shinhan Financial Group.

IMM owns 36.24 percent of Oheim INT, an online furniture seller, according to a report from Shinyoung Securities. If the deal goes through, IMM will become Hanssem’s biggest shareholder.

Hanssem did not disclose the exact percentage of the company’s stock covered by the deal. Cho, 82, holds 15.45 percent of Hanssem. He has three daughters and they have 1.3 percent, 0.9 percent and 0.7 percent of the shares.

Local media reports put the total amount that was being offered at 30.21 percent.

IMM was given the exclusive right to buy the shares, meaning the deal won’t be open for bid, and it is now reviewing the books.

“IMM will conduct a due diligence on Hanssem,” according to a press release from the company on Wednesday.

Cho believes IMM will maintain the stability of Hanssem and help drive its growth, the company said explaining the transaction.

Hanssem did not disclose the price, but the sellers were asking 200,000 won ($175) per share, according to a report from Shinyoung Securities. That’s double the market price before the news broke, for a total of about 1.3 trillion won.

In 2020, Hanssem’s sales rose 22 percent to 2.07 trillion won, while net profit jumped 56 percent to 66.84 billion won. The company benefitted from an increased interest in decorating at home as remote work and home study forced people to spend more time indoors.

Sales are expected to rise more than 10 percent and net profit almost 20 percent this year, according to Sally Kim, a researcher at eBEST Investment & Securities.

The shareholders sought to unload their stock three years ago and were in discussions with corporate buyers and private equity groups, but they could not agree on price.

If IMM buys the stake in Hanssem, “the private equity firm will be able to create synergies with Oheim INT,” said Park Se-ra, an analyst at Shinyoung Securities.

Oheim INT already sells furniture on Hanssem’s online mall, and the acquisition of the stake could stabilize that relationship and allow for its expansion.

“Due to high entrance barrier and high initial cost, it takes some time for an interior modeling business to achieve a [good] result. So whether the private equity firm will follow Hanssem’s management policy of the company’s remodeling business is yet to be known,” Park added.

On Tuesday in a similar move, 28.41 percent of Interpark, an e-commerce pioneer, was put up for sale by the company’s CEO and related parties.