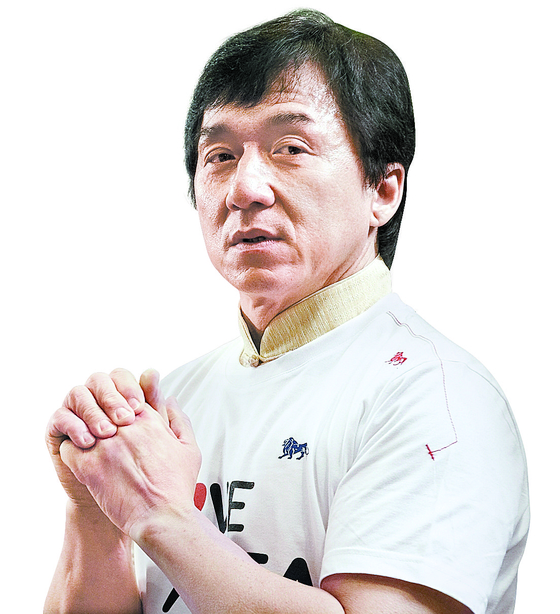 
Hong Kong’s superstar Jackie Chan has many names. He is known as “Cheng Long,” a stage name that director Lo Wei of “Fist of Fury” gave him to “become the true dragon,” surpassing Bruce Lee.

Another name he used was Yuen Lo, which his Peking Opera School teacher Yu Jim-yuen gave him. Chan later inherited the stage name “Yuen Lo” from Sammo Hung and combined it with his last name, Chan. So, “Chan Yuen Lo” was his first stage name.

Chan was born as Chan Kong-sang. His English name Jackie Chan originates from there. In the mid-2000s, it was learned that Chan was actually his mother’s name. His father, Fang Daolung, had worked as a Kuomintang guard in China when he was young. It is unconfirmed if he worked as a secret agent, but he was someone who used force, inevitably against members of the Communist Party of China (CPC). He was almost shot and killed by the communists.

The final victory of the Communist Party in 1949 and consequent establishment of the People’s Republic of China was a nightmare for him. Fang was a widower at the time and abandoned his two sons. He ran away and married a woman who had lost her husband in the war and fled from the continent with two daughters. Jackie Chan was born between them.

Fang was afraid that the communists would trace him, so he started using his new wife’s last name Chan. His youngest son also got his mother’s name. Fang told Chan the story when he was older, and the filmstar has used both Chan Kong-sang and Fang Shilong as his name.

Despite that history, Chan openly declared that he wanted to become a member of the CPC, which was the main enemy of his father. His pro-China stance is nothing new, but I am not pleased that he has been leveling up the flattery as the CPC openly threatens Hong Kong’s democracy. Jackie’s real name — Chan Kong-sang — means “Born in Hong Kong” in Chinese and he grew up and succeeded while enjoying the freedom of Hong Kong and other Western countries.

Some people are sympathetic because his decisions could impact his son, who was arrested for smoking marihuana in Hong Kong. But the truth is closer to the criticism that he was flattering a “capitalized Communist party” to make more money. It is a shame to see the fall of an old hero whose relationship with Korea is not insignificant.