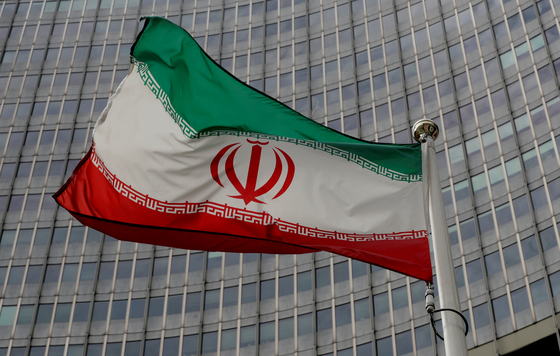 Forty companies in Korea that exported to Iran were paid part of their outstanding accounts last month, according to a diplomatic source.

“We understand there were 40 companies in total who were paid back some outstanding accounts,” a diplomatic source told the Korea JoongAng Daily.

Some 40 companies in Korea were not paid for exports to Iran after fresh sanctions were place on Iran during the Donald Trump administration in 2018. The total outstanding amount was reportedly around $90 million. Of this, some $70 million was paid back as of last month.

The payments were possible after the U.S. government in March allowed Iran to use its frozen funds in Korea to pay back the companies.

The frozen Iranian assets in Korea were some $7 billion held in the Industrial Bank of Korea (IBK) and Woori Bank since September 2019.

The Central Bank of Iran held accounts at the IBK and Woori Bank through an agreement between Iran and Korea since 2010 to enable Korean companies to transfer payments to Iran. The government can control and monitor the funds going to Iran through this system.

Following the Trump administration’s sanctions on Iran in 2018, including its oil exports, the U.S. government granted a waiver for Korea's imports of Iranian oil. The waiver expired in 2019.

The recent payment from Iran to Korea does not mean that the frozen assets issue is resolved, the diplomatic source said.

“This recent news [on payments] is a separate matter from that of unfreezing the assets, on which negotiations are ongoing,” said the source.

Iran has been pressing Korea to unlock the frozen assets.

Korea’s Foreign Ministry confirmed earlier this year that it was discussing the matter with its counterparts in Iran, but added that the assets could be released only after consultations with the United States and other related countries.

U.S. Secretary of State Tony Blinken in March emphasized the U.S. government will consider unfreezing the Iranian funds in Korea only if the country complies with its obligations under the 2015 nuclear agreement.

The Joe Biden administration has been working to revive the 2015 Iran nuclear deal, which Trump pulled out of in 2018.

“We continue to think that the best outcome would be an Iran that is verifiably and permanently barred from ever obtaining a nuclear weapon,” said Ned Price, U.S. Department spokesperson, during a press briefing on Tuesday.

Tehran has been insisting on an end to all sanctions. The U.S. government has imposed sanctions on Iran under various legal authorities since 1979.