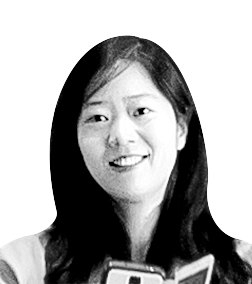 
Does the Covid-19 virus work like mosquitoes? Does it suddenly emerge from the dark and attack humans with greater power after 6 p.m. in particular? Strangely in Korea, Covid-19 is picky, being hardier in certain conditions and among certain groups. That’s what the government seems to believe. Considering the new social distancing rules being enforced in Seoul and the capital region for two weeks, the virus must be more dangerous to passengers in a taxi if the number exceed two after 6 p.m. than hundreds of passengers commuting on subways during rush hour.

The mysterious and unscientific guidelines are being enforced in Korea at a time when private space travel has become possible in other parts of the world. It is unclear if the government’s response to Covid-19 is for political or quarantine purposes. One thing is clear. Public health measures have become more influenced by the whims of the president than for the sake of the wellbeing of the people.

The fourth wave this summer, the worst since the Covid-19 outbreak early last year, can be entirely blamed on the government’s laxity. Each mass-scale outbreak had a scapegoat for the government to lay the blame on — the Shincheonji Church during the first wave in February 2020 and conservative protesters on Liberation Day (August 15) during the second wave six months later. This time, there is no clear culprit for the government to blame. It did give a disapproving tsk-tsk at the young for enjoying outings regardless of the risk. But that reproach was received with public scorn on the slow progress in the government’s vaccination program.

The government folly becomes more conspicuous due to a lack of scapegoats. Contempt largely goes to Ki Mo-ran, presidential secretary for disease control and prevention. The former professor of preventive medicine at the National Cancer Center has been defending the government for its mishaps in vaccine procurement. She said that the government didn’t neet to rush to purchase U.S. vaccines because they were too expensive. Jeong Eun-kyeong, head of the Korea Disease Control and Prevention Agency (KDCA), also needs to share some of the responsibility because only a month ago, she said new infection cases could significantly decrease from mid-July when vaccination and quarantine measures are kept “at the current level.” Viruses can be unpredictable, but the authorities would have been well aware of the void of vaccines in July.

President Moon Jae-in is most at fault for creating the new post of presidential secretary for disease control for Ki when experts questioned why such a position was needed when KDCA chief Jeong is in charge of disease control and prevention. The president used Ki’s misleading advice to ban conservative rallies and touted the mitigation measures as his achievement when it was actually all thanks to dutiful compliance by the public. There are disagreements on exactly what K-quarantine means and how to assess the success of it. But everyone will agree that the country has battled this virus relatively well because of the people’s cooperation. So, when the virus was contained, that means the people dutifully followed. And when it breaks out again, that means the authorities had given wrong signs to the people.

Yet the president remains oblivious. He is all self-congratulatory and excited to pitch the success of K-quarantine at home and abroad. His over-confidence often led to misjudgments by quarantine authorities. Shopkeepers, merchants, and self-employed people are dumbfounded by never-ending social distancing rules. But Moon seems to be free from any liability. People could not visit their parents in care centers, yet he hosted a farewell dinner for presidential aides because it was a “public” event.

During a New Year’s press conference in January, he joked about having received no questions on quarantine because the government was “doing so well on that front.” In a special Blue House quarantine meeting on July 12 to decide tougher distancing guidelines due to record spikes in infection cases, President Moon said that if new guidelines fail, everyone in the room should take responsibility. That sounded as if he wanted to hold Seoul mayor Oh Se-hoon from the opposition People Power Party accountable.

The president feels no discomfort or inconvenience while the rest of the people suffer under stringent distancing rules. The people’s patience is running out fast. At least we can smack mosquitoes for biting us.