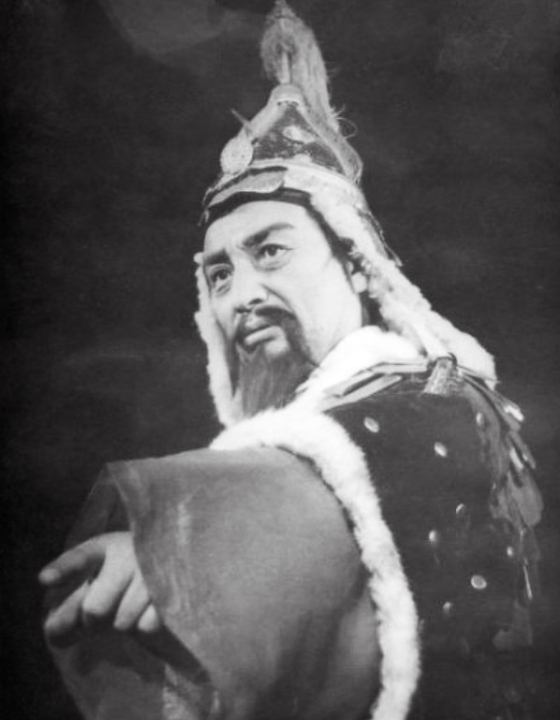 
One of the greatest Korean national heros is Admiral Yi Sun-shin (1545–1598), the victorious naval commander of the Korean fleet during the Imjin War between 1592 and 1598.

At that time, the troops of Hideyoshi Totoyotomi, the famous Japanese warlord, invaded the Korean Peninsula, but the Korean fleet earned glorious victories under the leadership of Admiral Yi who was also the inventor of the legendary "turtle ships."

The world's first-ever armored warships were called geobukseon in Korean. It's very interesting to raise the question: When and how the emblematic Korean national hero was introduced in Central Europe for the first time?

A forgotten scholar and Admiral Yi 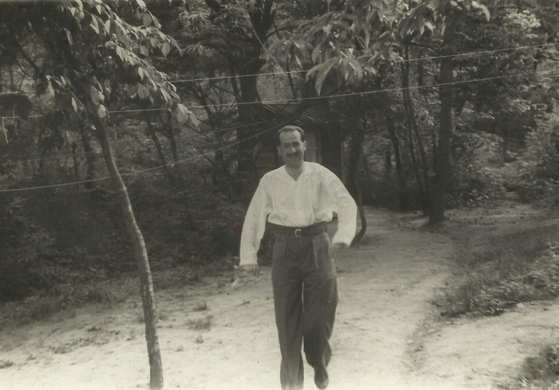 In Central Europe, Admiral Yi Sun-shin was first mentioned by Han Heung-su (1909-?), a forgotten Korean scholar who studied in Vienna from 1936 and later moved to Prague.

The scholar actively promoted Korean culture in Czechoslovakia and published a historical book in 1949 of which the title was "Korea vcera a dnes," that can be translated as "Korea Yesterday and Today."

The book has a short chapter about Admiral Yi which describes his historical role from the leftist point of view: The King was weak and the feudal landlords intrigued against the admiral, the only patriotic person.

The author, Han Heung-su, moved to North Korea in the late 1940s where he became an important member of the local scholarly elite. 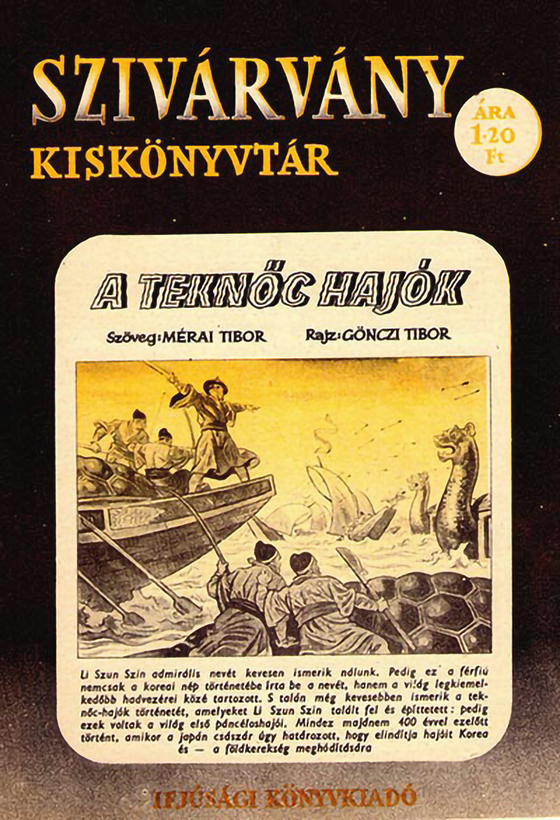 In Hungary, Admiral Yi's name appeared for the first time in May 1951 when the Hungarian daily Kis Ujsag introduced a new Soviet book about Korean history.

The article mentioned Admiral Yi as a Korean patriot and a national hero. Two years later, in 1953, a Hungarian weekly published an interview with a North Korean lieutenant colonel, Yim Hyun-gu, who spoke about Admiral Yi as his exemplar.

According to his words, from a young age, he wanted to be a great commander like Admiral Yi. The officer also mentioned that on the battlefields of the Korean War, he often thought about the legendary naval commander.

When he was able to cross the frontline and visit his family's house, probably in South Korea's current territory, he found one of his old books which included an illustration of Admiral Yi. When the officer left the house, he took the picture with him.

In the same year, in 1953, a Hungarian journal published an article about the situation of the actors and theaters in North Korea, which mentioned a historical drama about Admiral Yi Sun-shin, written by a forgotten North Korean litterateur, Kim Tae-jin.

The main character was played by a leading North Korean actor, Hwang Chul (1912-1961) who surprisingly had a special connection to Hungary.

Actor Hwang Chul was born and became a famous actor in the southern part of the Korean Peninsula, but after the nation's liberation from Japanese colonial rule, he decided to move to the North in August 1948.

He became an actor at the National Theater in Pyongyang, and after the outbreak of the Korean War, he was assigned to a North Korean military unit for cultural support.

Hwang Chul's unit marched toward the front line, but on the way from Suwon to Pyeongtaek, they were attacked by some American bombers.


The actor was severely wounded and his right hand was amputated. He was partially treated at the Hungarian hospital in North Korea which was established by the Hungarian state at that time.

In 1951, he was interviewed at the hospital by a Hungarian journalist, Tibor Meray (1924-2020). According to his articles and a book about North Korea, Hwang's name became well-known in Hungary.

According to a Hungarian diplomatic report, the aforementioned scholar Han Heung-su started to write a historical drama for Hwang Chul in the summer of 1952. 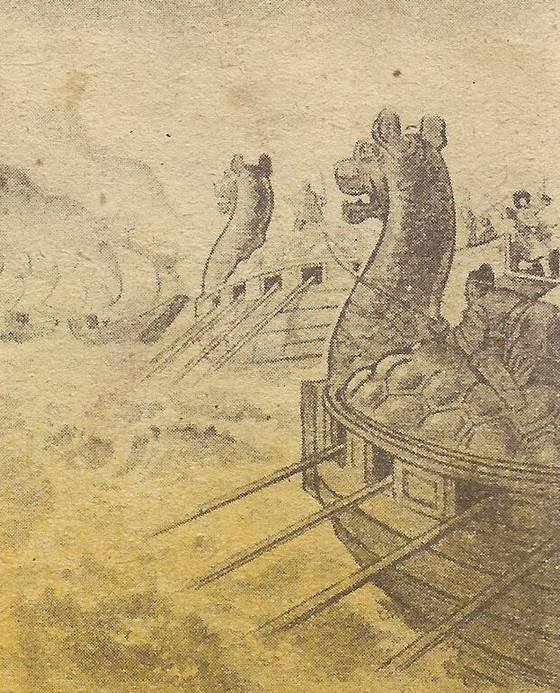 An illustration of a “turtle ship” from the Hungarian comics drawn by Tibor Gonczi. [HUNGARIAN EMBASSY]

It is not clear if the drama was completed or not, but the actor received a Hungarian-made prosthesis for his hand and was able to continue his work on stage.

In 1953, Hwang had the opportunity to play the role of national hero Admiral Yi on stage.

The following year, in 1954, Hwang visited Budapest where he gave interviews to various Hungarian newspapers about his life and the historical character of Admiral Yi.

He had close relations with the North Korean cultural elite, and probably, he was the last European who saw the scholar Han Heung-su alive.

At that time, the aforementioned scholar was the director of the Central History Museum on Moran Hill in Pyongyang. Meray wrote an article about his meeting with Han at the museum. It was published in the Hungarian daily Szabad Nep and in his book which was published in 1952.

However, when Meray released his next book in the following year, even though it included his visit to the museum, it left out Han's name, only referring to him as a "director".

In 2012, Meray revealed to the author of this article that the North Korean legation in Budapest had required him to submit the manuscript before publication, and several names had been removed from the text.

Probably, the scholar was purged like many other intellectuals at that time.

Yi and the Hungarian children


The journalist, Tibor Meray, wrote articles and novels not only about the situation on the Korean battlefield but also about Korean culture. He wrote a short tale about Admiral Yi for Hungarian children.

It was published as a comic series in 1956 under the title of Teknoc hajok (Turtle ships).Meray's comics compared Admiral Yi to the Hungarian national hero Janos Hunyadi (1407-1456) who led his troops against the Ottoman Empire in the middle of the 15th century.

It is interesting that the comics included a fictitious love story about the admiral's aide, Park Jae-jun and a kisaeng, or female entertainer, called Kim Ok.

According to the fictitious story, the enemy's spy tried to steal the design of the turtle ship, but the aforementioned Park caught him.

When Admiral Yi learned about the incident, he ordered his soldiers to set the captured spy free but told him the following: "Don't try to steal the design anymore! It will be enough if you see our ship in action at sea!" 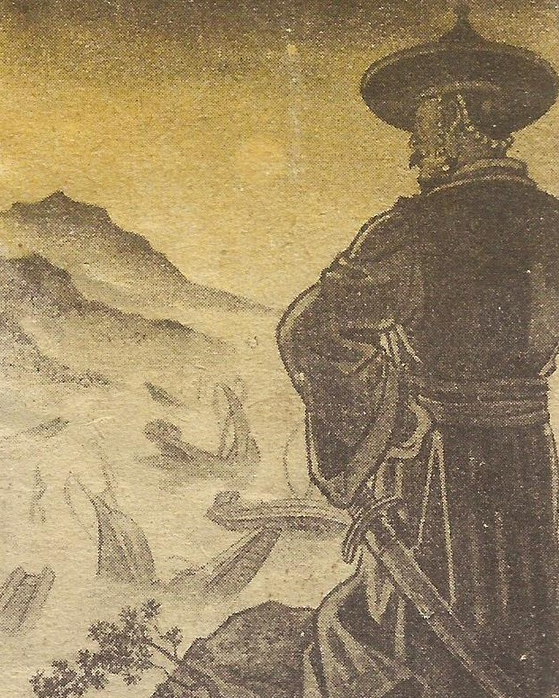 The comics, which were illustrated by Tibor Gonczi, also emphasized the intrigues within the feudal Korean court. According to the fictitious story, Yi 's rival sent an agent to kill the admiral, but the brave kisaeng, Kim, sacrificed herself to save the national hero.

When I met Meray personally in 2012, I asked him how he had learned about Admiral Yi in North Korea.

However, the elderly gentleman couldn't remember exactly as more than a half century had passed since he wrote the comics.

It is interesting to add that for decades, Meray didn't know whether his comics about Admiral Yi had been published in Budapest or not.

In the autumn of 1956, after the repressed anti-Soviet Hungarian revolution, the journalist who already had become disillusioned by communism left Hungary suddenly and became an emblematic member of the Hungarian intellectual exile circle in Paris.

When I visited him in 2012, he told me that he never saw the published version of the comics, because he left Hungary before the publication.

The elderly gentleman was very surprised when I shared with him the information that his work was published with nice drawings in late 1956.

I am very proud that I had the opportunity to deliver him a copy of the comics which were published more than a half century ago.

By Mozes Csoma
Ambassador of Hungary to Korea