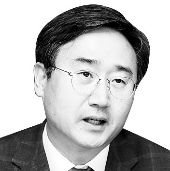 Shin Beom-chul
The author is director of the Center for Diplomacy and Security at the Korea Research Institute for Economy and Society.

On March 16, the U.S. Office of the Director of National Intelligence (DNI) announced that Russia had intervened in the U.S. presidential election last year. Russia allegedly tried to create a favorable situation to a certain candidate with hacking attempts. Russia denied it, but such allegations that have continued since 2016 aggravated bilateral relations.

A similar thing is happening in South Korea, but in a more obvious way. Chinese Ambassador to Seoul Xing Haiming refuted an interview by former Prosecutor General Yoon Seok-youl, a leading presidential candidate for the opposition front. In an interview with a local media outlet on Thursday, Yoon underscored the need for “horizontal relations” with China. “If China wants the withdrawal of the Thaad missile defense system deployed in South Korea, it must first pull out the long-range radar deployed along the border,” Yoon said. 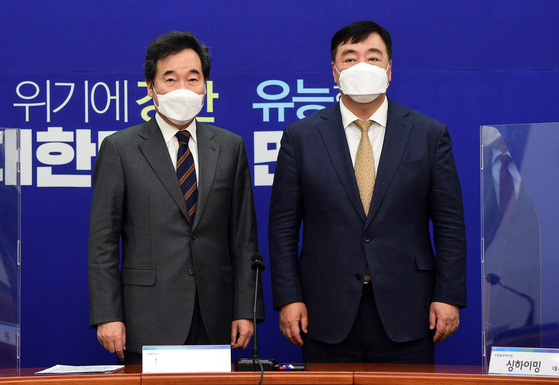 Chinese Ambassador to Seoul Xing Haiming, right, takes a photo with Lee Nak-yon, head of the ruling Democratic Party at the time, on a visit to the National Assembly in Seoul on Nov. 3, 2020.


It is an unusual diplomatic practice for a foreign diplomat to criticize remarks by a presidential candidate in other country. Intervention in domestic affairs is strictly prohibited in international relations, as defined in Clause 7, Article 2 of the United Nations Charter. I am not sure how much Russian hacking occurred during the campaign period in the U.S., but the Russian ambassador to the U.S. did not directly refute allegations by a U.S. presidential candidate. As Ambassador Xing’s arrogant move would not have been possible without direction from his superiors, Beijing overused its power in diplomacy, looking down on South Korea.

Ambassador Xing’s contribution to a local newspaper is also full of prejudice that cannot be overlooked. First, he distorted the facts. Xing claimed that the Seoul-Beijing relationship is not “an accessory” to the Seoul-Washington relationship. But Yoon only emphasized the need for a solid Korea-U.S. alliance and mentioned that South Korea’s diplomacy with China should be within the frame of international cooperation and collaboration. There is no mention of “accessory” in the interview. What is the meaning of intentional exaggeration by a career diplomat who knows the sensitive nature of diplomatic relations and the importance of accurate expression? I cannot explain it other than an attempt to create distorted public opinion.

A more serious issue is Xing’s perception of “vertical Korea-China relations” as seen in his remarks. He said that Chinese people were feeling anxious because the Thaad deployment seriously damaged China’s security. But at the same time, he claimed that he had never heard from his Korean friends that China’s radar was a threat to South Korea even though a number of media outlets in South Korea have dealt with the security threat posed by China’ radar. Xing went so far as to argue that a country can thrive by following the trend of the world. That’s explicit pressure for South Korea to follow China.

I cannot help but point out the Moon Jae-in administration’s failure in diplomacy with China. Xing said Seoul and Beijing had agreed on a reasonable handling of the Thaad issue. His comment refers to the so-called “three no’s” the Moon administration offered to Beijing: no additional Thaad deployment, no joining of a broader U.S. missile defense system, and no Korea-U.S.-Japan military alliance. But the Moon administration seems to be ashamed of the “three no’s,” as it translates into virtual submission to China. Later, the Moon government said it was just an expression of its position, not an agreement. Who is lying? It is an issue that requires a hearing in the National Assembly. China’s Thaad retaliations remain the same, but the Moon administration adheres to the fiction that “the Korea-China relationship has returned to normal.” Is Thaad the only problem? The government may want to forget, but the people haven’t forgotten the moments of President Moon having many meals alone and Chinese security guards using violence on Korean reporters during Moon’s state visit to China in 2017.

The Moon administration’s obsession with “strategic ambiguity” between the United States and China over the past four years earned suspicions from its ally. Then all of a sudden, Moon made a gesture of reinforcing the Korea-U.S. alliance in his summit with U.S. President Joe Biden in the White House in May. Frankly, I was impressed by the about-turn. But the government has changed its words and still maintains the ambiguous attitude. This move caused Xing’s interference in domestic affairs, with him acting like a governor general. Now, “strategic clarity” is needed. Only then can horizontal Korea-China relations be established.

South Korea and China are important neighbors. The two countries need to be reborn as strategic partners through healthy relations. However, we cannot overlook China’s interference with our domestic politics. The government should warn Xing that he could be designated a “persona non grata” if the same thing happens again. If not, his arrogance will be repeated.