PARK HAE-RI
The author is a political and international planning team reporter of the JoongAng Ilbo.

In the mid-19th century, Otto von Bismarck promoted the “blood and iron policy” to complete the unification of Prussia. He was the first to introduce a social insurance system and presented medical, industrial accident and senior pension insurance. They became the foundation for three of the four insurances in modern society.

It was an expression of the will of the nation to nurture industries and embrace the working class and a policy to bring workers to factories. With this policy, Germany became the first capitalist country that guaranteed health and retirement of workers, says economist Lee Won-jae in his book “Future of Income.”

Korea’s national pension, similar to Bismarck’s elderly pension, was first implemented in 1988. The initial idea was to pay less and get more. The pension payment to lifetime income with 40 years of membership is 70 percent. By 2028, the rate is to be lowered to 40 percent. The premium was 3 percent of salary at first, but it was increased to 9 percent in 1998.

The future is not bright, as the number of subscribers is decreasing due to low birth rate and the recipients are growing due to longer life. According to the National Pension Research Institute, the number of subscribers decreased for the first time last year, and the declining tendency is to continue until 2024. Meanwhile, the number of recipients increases, and by 2054, there will be more recipients than payers. The Ministry of Strategy and Economy predicted in September 2020 that the national pension will start to see deficit in 2041 and run out in 2056. 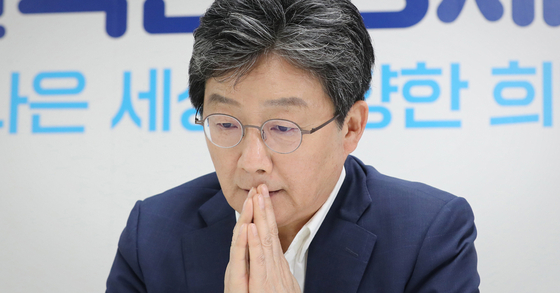 Recently, a presidential candidate advocated a major reform of the national pension as a campaign promise. It is former lawmaker Yoo Seong-min of the opposition People Power Party. Yoo says he wants to prevent young people only paying money without getting pension payments. He proposed the delay of the time of exhaustion, transparent release of the discussion process and fair income for seniors in poverty. He criticized President Moon Jae-in’s promise for “more pension payment without premium increase,” as a “fraud on the people and absence of reform due to bad politics.”

In the presidential race, what people want to hear is not scandals nor a populist promise to transfer the burden to future generations. We want to see intense debates among candidates addressing pending challenges and seeking healthy solutions. Eight months are left till the presidential election. I hope more candidates come up with these “unpopular promises.”