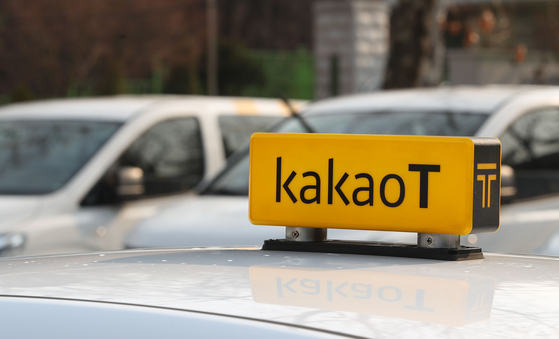 The FTC said it reviewed the acquisition and found no reasons to fear a monopoly and greenlit the deal.

DelCar’s market share in the online car rental market, according to the FTC, is around 0.6 percent, far behind its competition.

SoCar currently leads the industry with an 88.4 percent market share followed by Greencar with 11 percent.

“[Kakao entering the online car rental market through the acquisition] is expected to contribute to putting actual pressure on SoCar,” said an FTC official. “Considering that most users will be customers in their 20s and 30s, who are more sensitive to prices charged, it could contribute to raising competition between the companies in offering better prices and quality of services.”

In recent years, Kakao Mobility has been expanding aggressively starting with its cab hailing service, which was launched in 2015, and expanding into navigation systems, designated driver services as well as parking.

According to the FTC, major IT companies including Kakao and Naver have been aggressively expanding into other businesses area other than their primary services through acquisitions.

While the agency reviewed a total of 35 acquisition requests since 2018, 14 were reviewed in the first half of this year.

With the exception of Delivery Hero’s acquisition of Baedal Minjok, all others were approved because they showed no threat of monopolizing markets.

Kakao T, cool, convenient and the target of criticism

Kakao T to offer delivery services in partnership with Hanjin