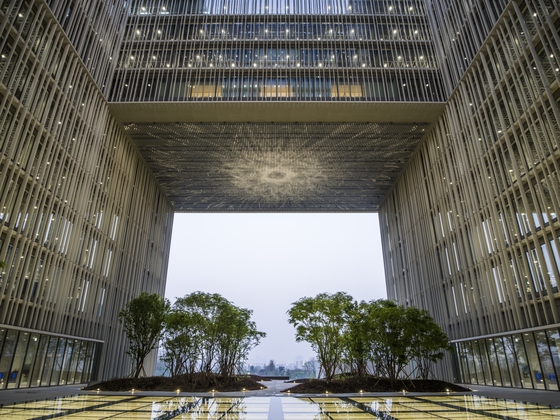 The second quarter profit represented a huge recovery from a Covid-19 crash last year that shriveled profit more than 90 percent compared to the same period in 2019.

Amorepacific Group, the company behind cosmetics brands Sulwhasoo, Etude and Innisfree, reported 142.8 billion won in second quarter net profit, up 2,680.2 percent on year. Its operating profit was up 188.5 percent to 104.6 billion won on sales that increased 10.4 percent to 1.3 trillion won.

Amorepacific's net saw an extraordinary gain in the second quarter from sales of overseas real estate properties, where it operated stores. The company did not disclose specific locations of the properties it sold.

Outside of Korea, sales of luxury cosmetics brands online grew almost 100 percent in China, while sales of Innisfree products in North America were helped by Amazon.

Sales of Innisfree and Laneige products at Sephora helped raise earnings in Europe, according to the company.

Ha recommended investors to approach Amorepacific Group "conservatively" in the report because the company “lacks issues related to its business in Korea as well as factors that could pull the momentum” for its stock growth.

Amorepacific Group shares were up 0.67 percent Wednesday to close at 60,000 won.

Workforce of tour agencies nearly halves over 3 years on pandemic