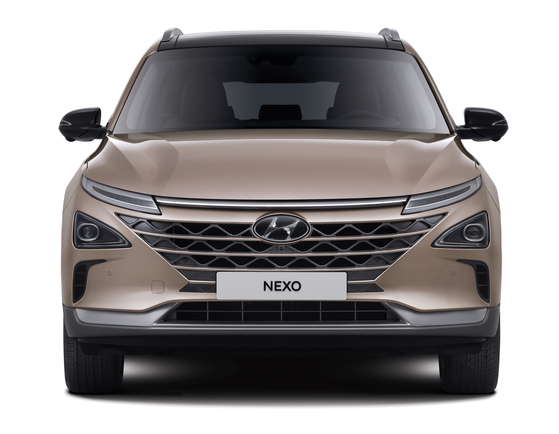 Hyundai Motor topped the global fuel-cell electric vehicle (FCEV) market in the first half on strong sales of the Nexo FCEV SUV.

Hyundai Motor took 51.7 percent of the global FCEV market in the first half, followed by Toyota at 40.9 percent and Honda with 1.6 percent, according to Seoul-based market tracker SNE Research on Monday.

The Korean automaker slipped to the No. 2 spot in the first quarter due to strong sales of Toyota’s fully revamped Mirai FCEV model, introduced in December 2020.

It was able to regain the top spot on Nexo FCEV SUV sales after a partially updated version was released early this year.

Toyota’s FCEV sales jumped by 735.1 percent year on year in the first half, according to SNE Research, delivering 3,700 units from 400 units a year earlier.

The second-generation Mirai FCEV was updated, with a 30 percent increase in range to 640 kilometers per charge. 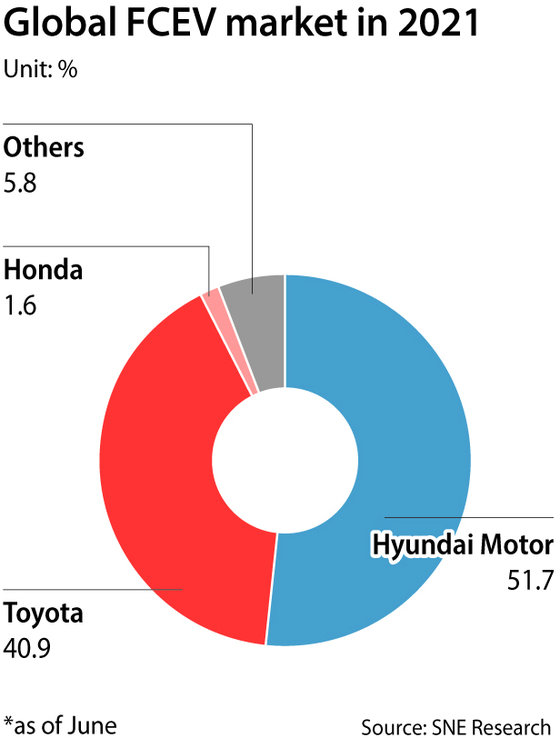 Hyundai Motor delivered 4,700 units of FCEVs in the first half, posting a 62.7 percent year-on-year jump. The partially revamped Nexo SUV has safety-feature updates.


Honda’s market share continued to slip as the Japanese carmaker recently announced it would stop making FCEVs, concluding that hydrogen technology is more suitable for other industries.

“The global FCEV market will be a competition between Hyundai Motor and Toyota in the future,” SNE Research said in a report.

“Hyundai Motor’s dominant position in the global FCEV market, with a 70 percent market share, is no longer the case anymore and is always prone to be overturned by Toyota. Hyundai Motor will have to inspect its market strategy and competitiveness.”

The growth of the FCEV market continued this year, the market tracker says.

A total of 9,000 FCEVs were registered in the first half globally, which is more than a twofold increase on year.