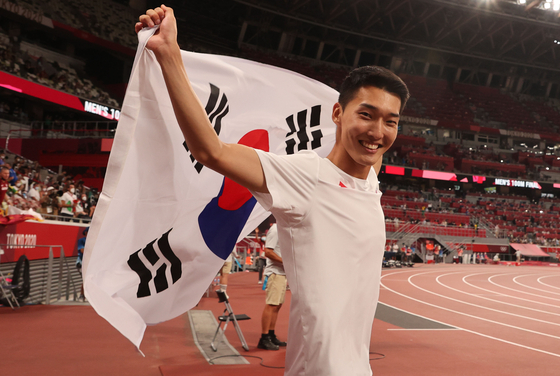 
Korea's habit of only showering praise and attention on Olympic gold medalists is changing.

In the past, players who won bronze or silver had their performances described as “disappointing” by the media or were criticized by spectators for not doing their best.

But at the Tokyo Games, Korea's Olympians are proudly saying that they enjoyed the challenge of competing – regardless of the outcome.

The country's “no-medal” athletes are attracting a lot of attention online, where there is a movement to encourage Olympians by leaving messages of support after their competition ends.

A case in point is 25-year-old Woo Sang-hyeok, who cleared the bar at 2.35 meters in the men's high jump final. Although he set the new Korean record, Woo missed winning a medal by a 2-centimeter difference with the bronze medalist.

Woo has been showered with praise rather than criticism online. In response, he said on social media that he was “happy to have flown so high.” One response to his response: "Thank you for being a national team member.”

In one online forum, a commentator wrote, “We should all follow Woo Sang-hyeok on social media. That way, he can get sponsorships and advertisement deals.” Many people who started following Woo said they were driven by the fact that despite setting a new high jump record for Korea, he would not reap the benefits of cash rewards or an exemption from military service, which are granted by the Korean government to Olympic medalists. 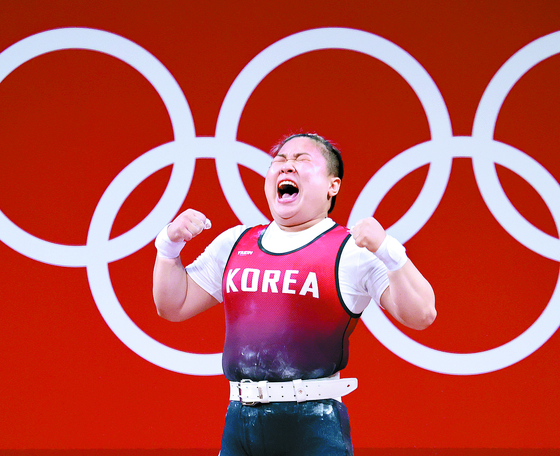 Twenty-six-year-old weightlifter Kim Su-hyeon, who missed out on the bronze medal in the women’s 76 kilogram on Sunday. [YONHAP]


Messages of encouragement and praise also greeted 26-year-old weightlifter Kim Su-hyeon, who missed out on a bronze medal in the women’s 76 kilogram weight class on Sunday.

While Kim showed tears of disappointment after finishing, fans remained enthused. “We don’t judge your potential by medals or their color,” said one viewer. Another wrote, “Don’t blame yourself or be embarrassed. You are our gold medal.” 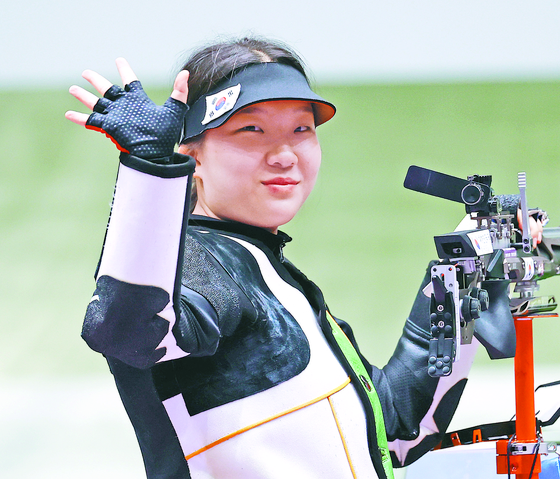 
After finishing seventh in the women's 10 meter air rifle match, 18-year-old Kwon Eun-ji brushed off her final performance. "While I have no regrets because I fired every shot to the best of my ability, the result is disappointing. Through more training, I will make sure to not be disappointed next time."

The praise was not limited to sports in which Korean athletes have traditionally done well. Even in sports like sailing and rugby, where Koreans did not come close to any of the medal rankings, Olympians have been met with comments such as, “Making it to the Olympics alone is a feat to be proud of.”

Whereas in the past the country fixated on Korea’s medal rankings and matches where Koreans stood a chance of winning a medal, watchers of this year’s Olympics had a broader appreciation.

“Of course I’m glad to hear that a Korean won a medal, but I enjoy watching the athletes’ stories unfold on the screen rather than the medal count or the rankings,” said one businessman who described himself as an avid watcher of the Olympics.

“It seems that the spectator culture of watching the Olympics has taken a realistic and practical direction – one in which viewers derive enjoyment from the perspective of the athlete engaged in the sport rather than worrying about an athlete missing out on the gold medal,” said Koo Jeong-woo, a sociology professor at Sungkyunkwan University. “I think it is a natural change according to the trend of the times.”

Lee Yoon-soo, a professor of sports education at Dankook University, said, “Observing the way we no longer talk exclusively about gold medals and now talk about all medals, one can tell we are moving away from a culture obsessed with performance and towards one where the fact that athletes are taking on new challenges is more highly valued.”

Olympic athletes have also changed in their generational outlook. 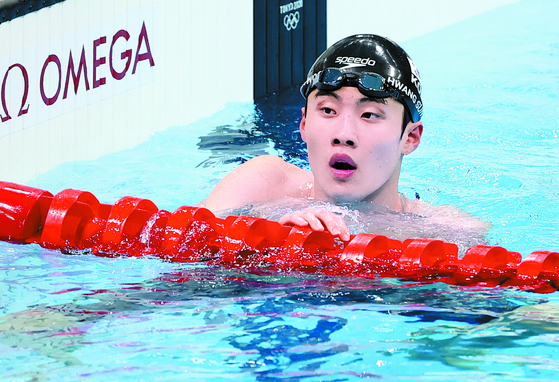 
Many Generation-Z athletes (born in the mid-1990s and early 2000s) spoke of enjoying the opportunity to participate in the Olympics.

Eighteen-year-old Hwang Sun-woo, who finished fifth in the men's 100 meter freestyle and seventh in the 200 meter freestyle race, said, “I just swam like there was no way back. It was a gallop where I didn’t even think about looking back.” Hwang added that he told himself, “You have to do it, and will be hard anyway, so don't frown.”

Women’s archery gold medalist An San expressed similar enthusiasm for her sport during the competition in an interview with the JoongAng Ilbo, in which she said, “I want to live doing what I enjoy.”

Yoo Seung-min, a past Olympic table tennis gold medalist and an International Olympic Committee member, observed, “Athletes were previously cowed if they didn’t win a medal. Nowadays, they enjoy the Olympics experience itself of focusing on just winning or losing.”