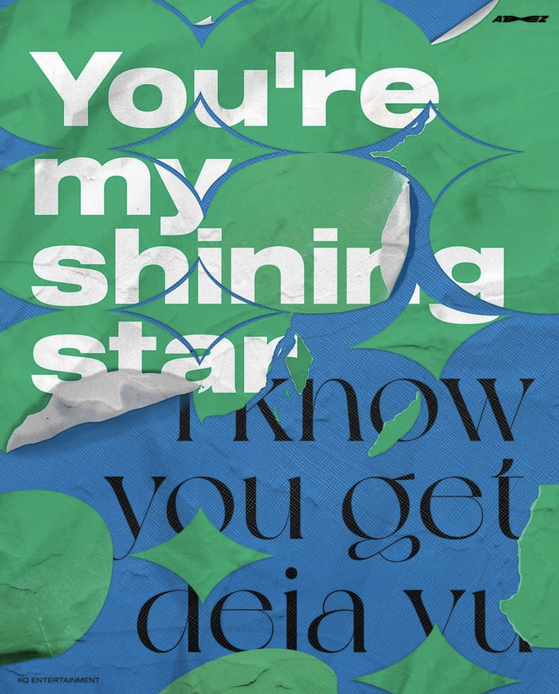 The poster to tease the upcoming album from Ateez was posted on the boy band's social media channels. [SCREEN CAPTURE]

Boy band Ateez has shared another poster to tease its upcoming album set for a release on Sept. 13.

On its official social media channels, the boy band posted a green and blue poster saying “You’re my shining star.” Another sentence reads “I know you get déjà vu.”

The new release is the third part of the “Zero: Fever” series. The most recent “Zero: Fever Part 2” dropped in March.

Ateez also shared more detailed information about what's to come until the release of the album. It will share more photos of individual members from Aug. 26 to 29.