Performances and the pandemic

Performances and the pandemic 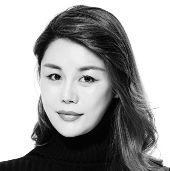 Kang Hye-myung
The author is an operatic soprano.

In July 2016, I was at the Teatro Antico di Taormina, a resort town in Sicily, Italy. Teatro Antico, one of the most well-preserved Greek theaters, is located on Mount Tauro. To its southwest is Mount Etna, and blue sea unfolds beyond the cliff of Mt. Tauro.

At the opening of the 10th Taormina Opera Festival that year, Puccini’s Madame Butterfly was performed, and I was the first Asian singer to play the leading role of Chio-Chio-San. It was also my Italian debut. The beautiful stage of natural scenery and ancient ruins was impressive.

The Italian debut stage has a special meaning to singers, but there is another reason why the Taormina Opera Festival was more memorable to me. The audience was right in front of me — and beyond the camera lens. From the first day of the festival, opera Madame Butterfly was broadcast simultaneously to major European cities to paying audiences cinemas.

Madame Butterfly was a part of the Mondo Visione Project, a collaboration between UNITEL and Italian state television RAI, and was produced as a 3D video in 4K high definition.

At 9:30 pm on the first day of the performance, it was screened in more than 200 theaters in 30 European countries. It was also shown during the Berlin International Film Festival the following year. At that time, I was about to perform Les pecheurs de perles at the Trieste Opera House in Italy, and a few friends contacted me from Berlin. They joked that two Korean actresses were in Berlin — me and Best Actress winner Kim Min-hee in the Berlin Film Festival. Opera Madame Butterfly continued to be screened in theaters in the U.S. and in Central and South America. 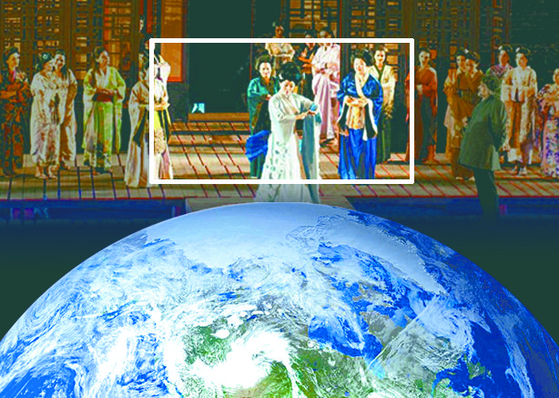 How could the Taormina Opera Festival advance while the performances were filmed? In Korea, broadcasting opera performances is mostly for classic programs at late night.

The filming crew shoots from restricted areas in order not to interfere with the audience and not expose the location of cameras to the performers as much as possible.

However, the Taormina Opera Festival had a different approach from the beginning as it targets the on-site audience and paying audience beyond the lens. Directors and cinematographers conduct rehearsals together and conduct monitoring several times until the final rehearsal. Actors move more delicately and seriously for the audience beyond the lens directed of the experts. What I heard the most while at the rehearsal was their advice for me to think about my face filling the theater screen.

It didn’t take long to resolve problems. The Taormina festival had a competitive edge as video content since it focused all capabilities on maximizing the quality of the opera performance while being thoroughly conscious of the service recipients. The charm of Madame Butterfly on the stage of Sicilian nature and ancient Greek ruins was presented online and offline and delivered to the audience at the cinemas.

Mass-produced free online performances as a result of social distancing does not benefit the industry at all. A long-term plan and guideline, rather than a temporary measure, are needed. The government and related agencies should not simply propose alternate seating or online performances in the age of Covid-19 but also provide aggressive support and interest to help fine arts to grow as competitive contents in the new routine.

Artists should not have to accept poverty just because they chose what they like to do.