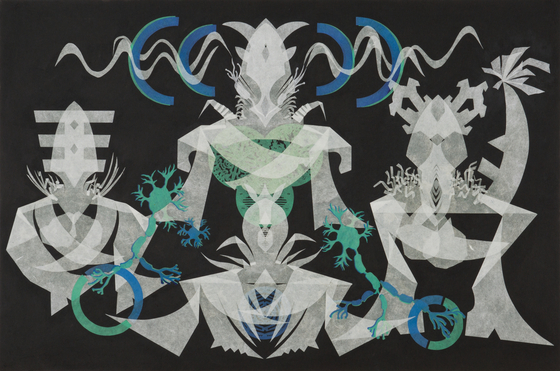 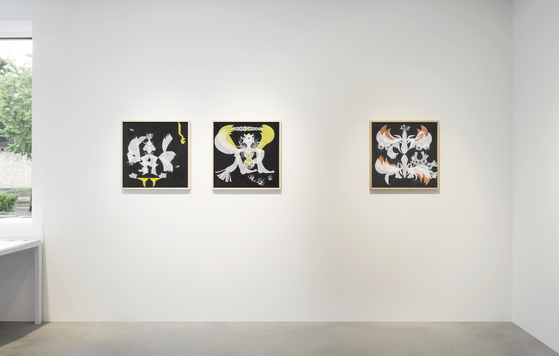 
"Mesmerizing Mesh," a new series of works by Haegue Yang, one of the world's most influential contemporary artists, are now on view at Kukje Gallery’s K1 space in central Seoul. The show is the world premiere of the new series, inspired by Korean gut, or shamanistic rituals, which include making shamanistic objects out of folding and cutting paper. The exhibit includes collages made with hanji, or traditional Korean paper.

The Germany-based Korean artist came to take an interest in the various sacred paper objects used in shamanistic rituals, such as cutting a human figure out of hanji and blowing a spirit into it in order to console the ghost, Kukje Gallery explained. "When performing a gut, shamans of the Taean region [in South Chungcheong] decorate the ritual site with sacred paper cutting and recite the sutras," the gallery said. "Yang focuses on the spiritual act of blowing a soul into feeble materiality, such as a sheet of paper."

The show runs through September 12.