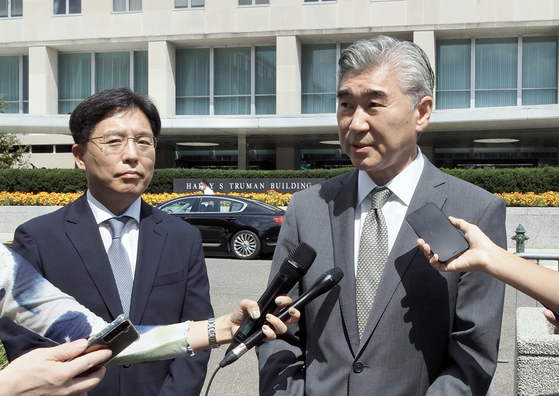 The United States is committed to dialogue and diplomacy with North Korea, said the White House, despite a recent report of the North restarting its nuclear facilities.

“We are, of course, aware of this report and closely coordinating with our allies and partners on developments regarding North Korea,” said Jen Psaki, press secretary of the White House on Monday, referring to a report by the International Atomic Energy Agency (IAEA) last week.

“This report underscores the urgent need for dialogue and diplomacy so we can achieve the complete denuclearization of the Korean Peninsula.

“We continue to seek dialogue with the DPRK so we can address this reported activity and the full range of issues related to denuclearization,” she added, using the acronym for the official name of North Korea, the Democratic People’s Republic of Korea.

The IAEA reported on Friday that Pyongyang may have restarted its Yongbyon nuclear complex in July after leaving it dormant for about two and a half years. The complex is able to produce weapons-grade plutonium from spent fuel rods.

The report was likely part of Seoul-Washington nuclear talks in Washington on Monday.

"At today's meeting, South Korea and the United States shared views that the North Korean nuclear issue is an urgent issue that needs to be resolved through diplomacy and dialogue, while maintaining stability on the Korean Peninsula.”

This was Noh and Kim’s second meeting in the same month -- the two met in Seoul on Aug. 23. They spoke with the press jointly following their meeting on Monday.

"We exchanged views on the situation on the ground, as well as some ideas and initiatives for engagement, including possible humanitarian assistance,” said Kim, the U.S. special representative for North Korea. “We also, of course, reaffirmed our shared commitment to pursuing the complete denuclearization of the Korean Peninsula through diplomacy, and I look forward to hearing back from the DPRK.”

Washington and Seoul have been calling for the North to engage in dialogue for months.

The Biden administration has proposed dialogue with Pyongyang on several occasions since February through the North Korean mission to the United States, or the so-called New York channel.

On visits to Seoul in July and again on Aug. 23, Kim offered Pyongyang dialogue, “anytime, anywhere,” without conditions and also discussed possible humanitarian support to the North with his South Korean counterpart.

According to the IAEA report, there have been indications such as discharges of cooling water at the 5-megawatt reactor at the Yongbyon complex in North Pyongan Province since July.

The report also found that a steam plant serving the radiochemical laboratory, a spent fuel reprocessing plant, operated for approximately five months this year, from mid-February to early July.

The five-month time-frame, it added, “is consistent with the time required to reprocess a complete core of irradiated fuel” from the 5-megawatt reactor.

The report’s findings were supported by the U.S.-based monitoring group 38 North.

“Consistent with a recent report by the International Atomic Energy Agency, a discharge of cooling water into a new outflow channel leading into the Kuryong River is visible in satellite imagery from August 25,” said the group in a report on Monday. “This has historically been one of the key indicators of reactor operations.” 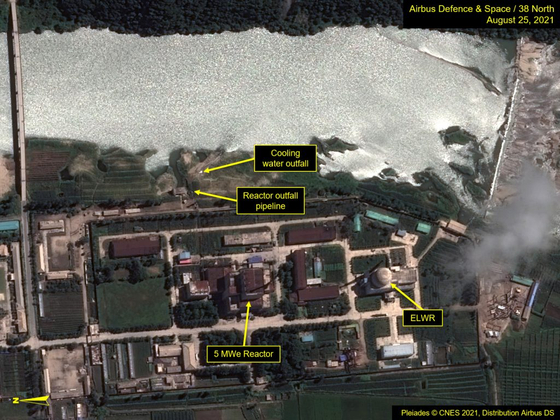 Yongbyon began operation in 1986. North Korea agreed to shut down the Yongbyon reactor in 2007 and allow UN nuclear inspectors back into country in exchange for aid amid six-party talks with South Korea, China, Japan, Russia and the United States. It blew up the reactor’s cooling tower in 2008 to show its commitment. However, Pyongyang eventually walked away from the negotiating table in 2009.

In the second summit between North Korean leader Kim Jong-un and former U.S. President Donald Trump in Hanoi, Vietnam, in February 2019, Pyongyang offered to “permanently and completely” dismantle all its nuclear material production facilities in the Yongbyon area, in the presence of U.S. experts, on condition that the Washington lifted some sanctions. The Hanoi summit collapsed after the United States insisted on additional measures. Denuclearization negotiations have been at a standstill since.

Signs of nuclear enrichment at Yongbyon