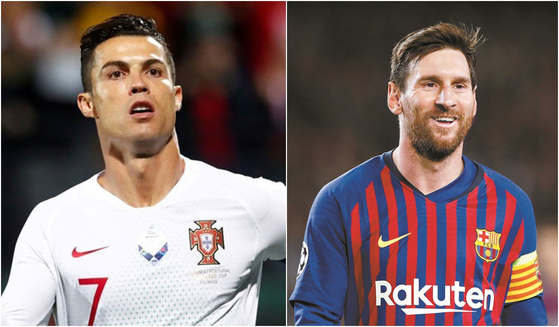 
“Ronaldo is running. He’s fast!” I paid attention to the broadcaster, but I could not see Ronaldo, the Brazilian football star at the time. The Ronaldo I saw on the television screen was a young, slender boy with curly hair. The broadcaster was talking about Cristiano Ronaldo, a Portuguese player who had just joined Manchester United.

Because of the Brazilian Ronaldo, he was called “C. Ronaldo.” He had been known for solo play, but as he learned to be a team player, he grew into a world-class athlete. The National Institute of Korean Language clarified an official way of writing his name in Korean, differentiating him from the Brazilian Ronaldo.

Around this time, an Argentinian boy was rapidly developing at FC Barcelona in Spain. The club scouted and trained a young boy who was struggling with growth hormone deficiency. But after his outstanding talent was confirmed, Barcelona made a bet that determined its future. The team was reshuffled around Lionel Messi, who was in his late teens at the time. As the bet was a great success, Barcelona enjoyed its heyday with Messi.

From the mid-2000s, the football scene centered the era of the Messi-Ronaldo rivalry. The FIFA Ballon d’Or, which is given to the best player of the year, was awarded to either Messi or Ronaldo from 2008 to 2017. Messi won seven times, Ronald five. Naturally, the biggest football events in this period was the matches between Messi and Ronaldo.

The rivalry on the football field perhaps was not enough. Messi and Ronaldo were the hottest tickets in the transfer market this season. Messi surprised the world as he left FC Barcelona after 19 years and moved to Paris Saint-Germain. Shortly before the transfer market closed, Cristiano Ronaldo suddenly returned to Manchester United.

The process was not entirely beautiful as Messi was forced to leave FC Barcelona by a private equity firm and Ronaldo was criticized for making a pass at Manchester City, but it doesn’t matter.

I hope that Manchester United and PSG get through the Champions League group stages and find a way to face each other in the later rounds so that I can enjoy the luxury of watching the 27th showdown between Messi and Ronaldo.

[VIDEO] Messi and Argentina get ready for World Cup debut

[VIDEO] Messi and Lewandowski's clash at the World Cup

Fans come together to honor Ronaldo after newborn son's death