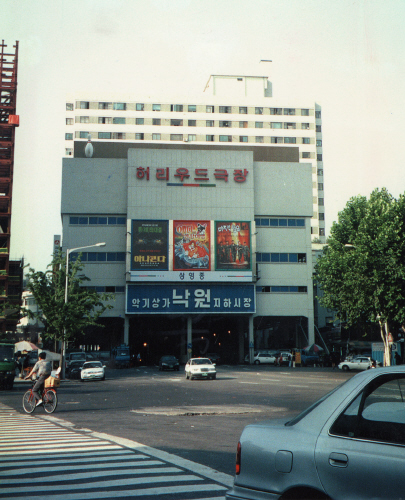 Nakwon Complex in Jongno, central Seoul, is where Hollywood Cinema, which is now called Silver Cinema is located on the fourth floor. This photograph shows the complex in 1997. [JOONGANG PHOTO]


Before the emergence of multiplexes that have multiple theaters offering special effects such as IMAX, Dolby Atmos, 4D and Screen X, there once was a time when single-screen cinemas were all that were available in Korea. As only one film was able to be screened at a time, different cinemas proliferated in downtown Seoul’s Chungmuro and Jongno, with the oldest one being Dansungsa, established in 1907, followed by another, called Umigwan in 1912.

In 1919, director Kim Do-san’s “Fight for Justice” was the first film to be screened at Dansungsa on Oct. 27. The day is designated as Korean Film Day. Some of the popular venues in Seoul during Korea’s heyday of cinema in the 1980s and 90s, were the Hwayang Theater in Seodaemun, Hollywood Cinema in Nakwon Complex, Piccadilly, in Jongno, Kukdo Theater in Euljiro and Daehan Cinema in Chungmuro. 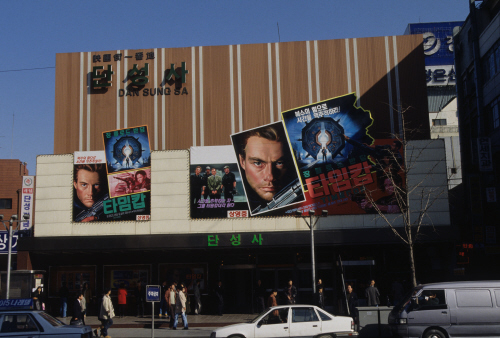 The location of Dansungsa, Korea's first cinema in 2001. [JOONGANG PHOTO]


But those days have long gone. Many cinemas were forced to close, were sold to either a multiplex franchise, or were turned into an art center. In the worst case, the building was demolished, as in the case for Dansungsa. A complex selling jewelry now stands where Dansungsa was located.

With the recent closure of Seoul Cinema on Aug. 31, which saw people flock to the venue and line up for tickets for the first time in decades, many began to wonder how many of these old-style cinemas are left in Seoul.

There’s Daehan Cinema in Chungmuro, which was established in 1958. But after it was renovated in 2001 as a multiplex, equipped with 11 screens, it looks far from the old-style cinema that it used to be. 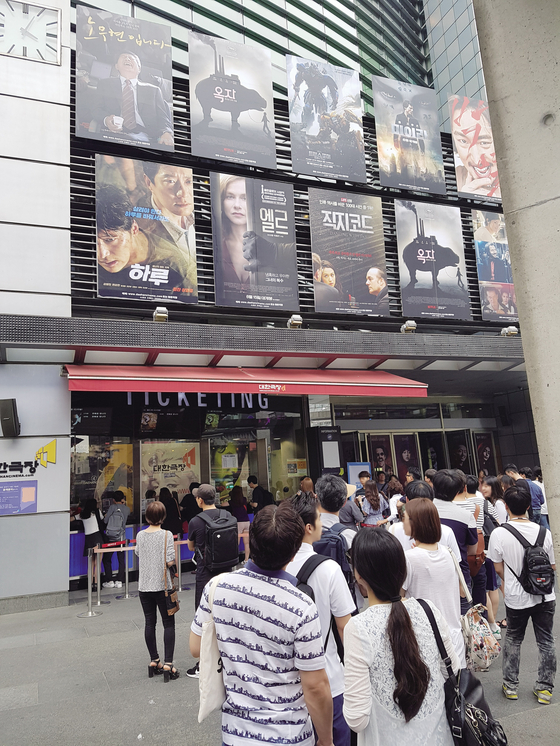 Daehan Cinema, which was established in 1958, still exists today in Chungmuro but was turned into a multiplex housing 11 screens in 2001. The photo shows swarms of people on a weekend in 2017. [JOONGANG PHOTO]


Other than that, the only existing old-style cinema in Seoul is the Hollywood Cinema, which is now called the Silver Cinema. Hollywood Cinema opened in August 1969, with the establishment of the 15-story then-posh Nakwon Complex in Jongno District. It was one of the most popular cinemas in Jongno, having state-of-the-art facilities for a single-screen cinema in 1969 with 1,200 seats. In 1997, it was renovated to add two more screens. From 2005, it decided to focus on only screening independent films.

But that didn't last too long. In 2009, the cinema went through another renovation and changed its name to Silver Theater. Its target audience became senior citizens. The multistoried musical instruments mall is not a typical destination for the elderly but the area itself is actually a popular location where older Koreans meet to mingle.

The theater, which has three screens, plays Korean classics and some old Hollywood movies. It recently ended the screening of “The Outsider” (1961), a biopic film about Ira Hayes, a Native American who fought during World War II in the United States Marine Corps, starring Tony Curtis and “Silk Stockings” (1957) by director Rouben Mamoulian, featuring Fred Astaire and Cyd Charisse.

“I like visiting the cinema because I like the films that are being screened but more so because I like the atmosphere of the old cinema,” said Kang Deok-ho, 86, who frequents the Silver Cinema. “I used to visit the Hollywood Cinema back in the day because I live in the neighborhood and I can reminisce about the past when I come here. It’s sad to hear that Seoul Cinema is closing down. I hope this one stays open at least while I’m alive.”

Kim Eun-joo, president of the Silver Cinema says it managed to survive through the difficult times because it targeted senior citizens at the right time. Though it’s not easy to keep the cinema running during the pandemic, Kim says she’ll make efforts to make sure it stays open as long as it can.

“We’ve been receiving calls recently from young citizens asking if we are still in business,” said Kim. “I guess they want to come and check it out.”