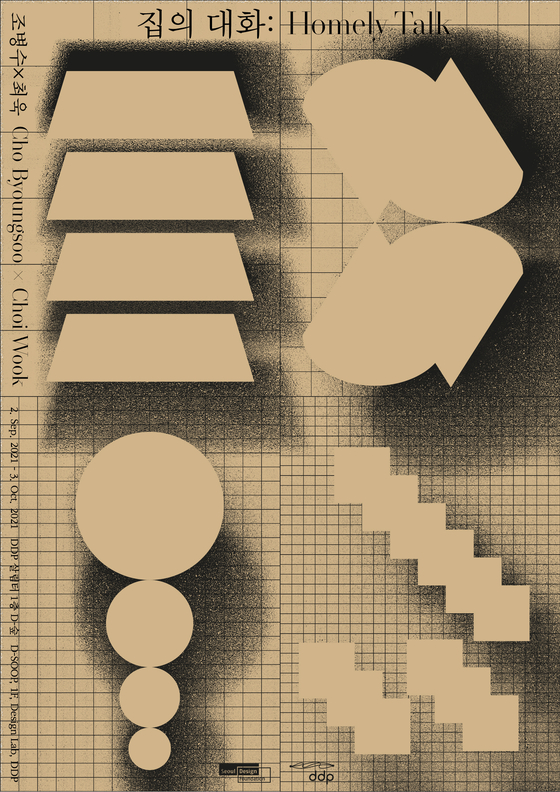 
The home is not just a place to live — it is the ultimate manifestation of intimacy as it inhabits architects’ thoughts and values related to lifestyle.

In a press conference on Thursday, renowned architects Cho Byoung-soo and Choi Wook shared their thoughts on Korean architecture and the fundamental importance of the home at the Dongdaemun Design Plaza (DDP) in central Seoul.

Their joint exhibition, titled “Homely Talk: Cho Byoung-soo X Choi Wook,” kicked off on Sept. 2 and will run until Oct. 3 at DDP’s D-SOOP, a lounge on the first floor of the Design Lab building. 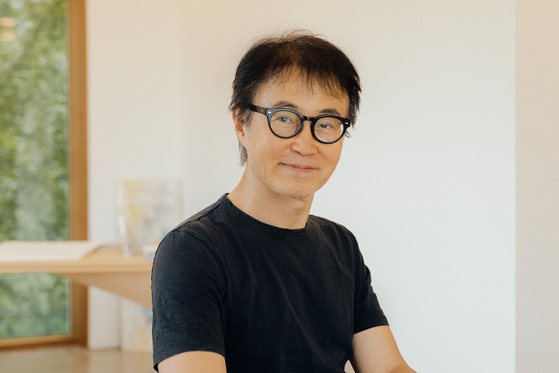 Architect Cho Byoung-soo is the founder of BCHO Architects. [TEXTURE ON TEXTURE] 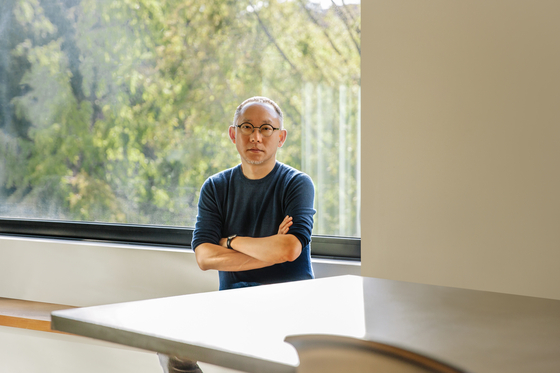 Architect Choi Wook is the head of One O One Architects. [TEXTURE ON TEXTURE]


Cho is the founder of BCHO Architects and well-known for cafe Camerata in Paju, Gyeonggi and the F1963 cultural complex in Busan. Choi is the director of One O One Architects and famous for Hakgojae Gallery, a major commercial gallery in central Seoul, and Hyundai Card Design Library in Jongno District, central Seoul.

The exhibition at the DDP, which consists of six video installations, explores the question of how a house can be a better home and improve lifestyle. The videos show past drawings and sketches from Cho and Choi’s respective studies abroad, the houses they each currently live in, the work spaces of homes they've designed, as well as interviews with the pair.

The exhibition is divided into four sections: “House Within a House,” “House,” “Work House” and “House Proposals: Sensory House, Adjacent House, Island House,” with the significance of houses portrayed in each theme — and especially how they have changed during the pandemic. 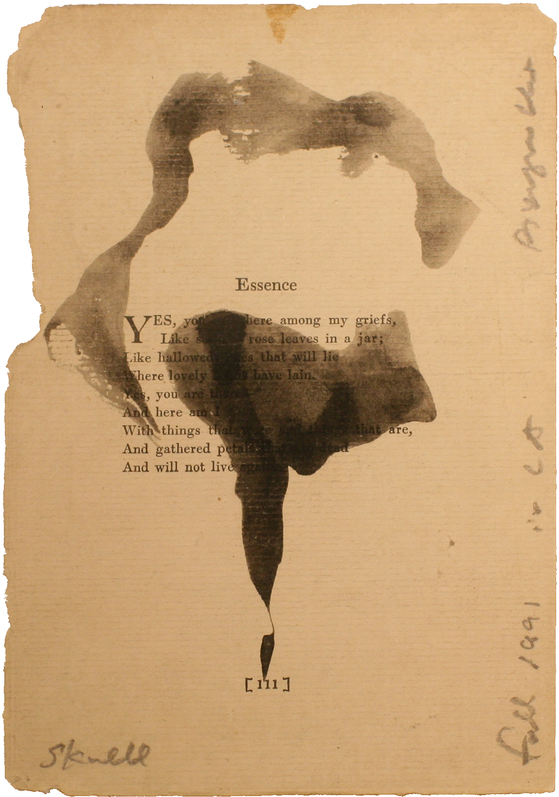 ″Skeleton,″ by Cho, is a piece from the ″House Within a House″ section, which shows past drawings and sketches from Cho and Choi’s respective studies abroad. [BCHO ARCHITECTS]


When asked how space should be efficiently used in houses that function as both a home and a workplace since more and more people are now working from home, Cho stressed the importance of outdoor spaces.

“A home needs to have room for a balcony or lawn,” said Cho. “And better ventilation and control of sunlight. In the past, houses were built after considering all these factors but nowadays houses are more focused on shapes and forms. People need to feel connected to nature, but there isn’t enough space in houses to encourage that.”

Cho compared Korean houses with those in Europe, like terraced houses in the United Kingdom, which adjoin each other but many of which have small outdoor spaces. However, houses in Korea are the opposite — they have less space for a yard and are spaced further apart. 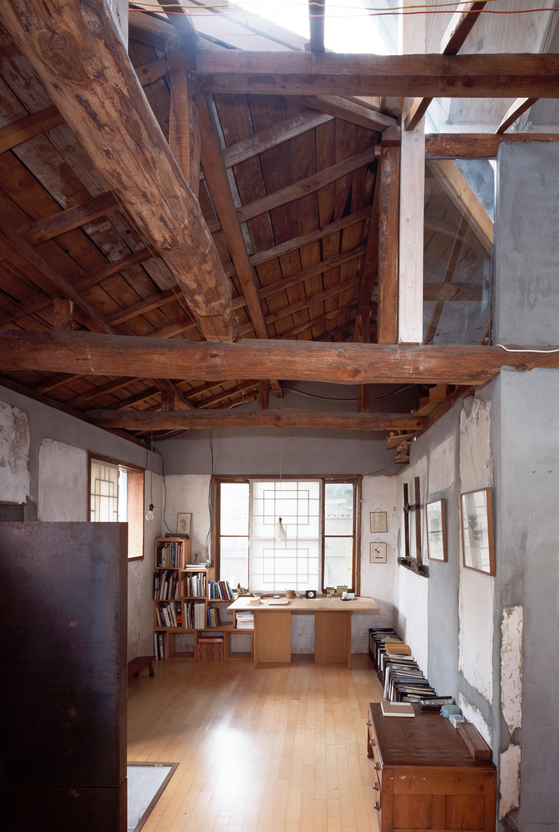 Cho's studio house in Seongbuk-dong, central Seoul, a part of ″Reworked House″ in the ″House″ section of the exhibition [BCHO ARCHITECTS]


The types of homes that correspond to each of Choi and Cho’s values are shown in the final section, “House Proposals,” where the architects’ major works are on display. The section introduces popular, contemporary cultural spaces they have designed and the enriching experiences they provide to visitors. However, these hot spots aren’t just your everyday cultural spaces, but are in fact referred to as “homes.” 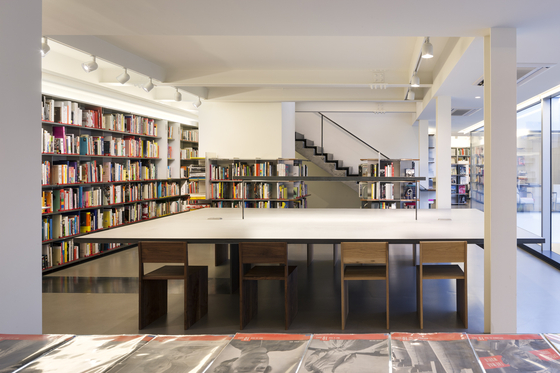 The Hyundai Card Design Library in Jongno District, central Seoul, has thousands of rare design books. [ONE O ONE ARCHITECTS]

“The Hyundai Card Design Library may be a library, but it was sophisticatedly designed to feel welcoming and more like home to visitors,” Choi explained. “This is distinctive from regular libraries as they tend to focus on the functional uses of space, like the location and size of the bookshelves.”

The Hyundai Card Design Library contains a cafe and an exhibition space, and a large steel table to read among thousands of rare design books.

As for Camerata, a cafe-like building known for playing classical music through large speakers, Cho said that he emphasized sound, not the visuals of the interior, by designing the building as a mostly dark, hollow space.

The exhibition also dives into private homes, specifically Choi’s and Cho’s, in the “House” section, likening them to a prototype that symbolizes a combination of experiences and lifestyle. A subsection, “Reworked House,” shows houses that Choi and Cho have each lived in before, which have now been renovated. In addition to another subsection “Current House,” homes they are living in now, “Second House” is explained to be where new ideas and experimental thoughts emerge.

Korean architecture, both architects agree, is special in its own way, although their reasons are different.

“Juxtaposition is one feature that makes Korean culture, as a whole, daring and bold,” said Choi. “I remember one time, when I was studying in Italy about 30 years ago, a composer of modern music came to me and asked why the instruments in Korean traditional music don’t harmonize as well as those in European classical music. He said there was something oddly unique about it. I personally think it’s because each instrument has a strong individuality that makes them stand out — and this applies to architecture too.” 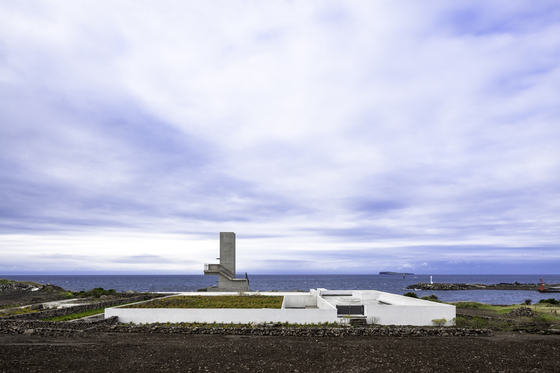 ″Island House″ by Choi is part of the ″House Proposals″ section. The island pictured is Gapa, near Jeju. [ONE O ONE ARCHITECTS]


Cho attributed Korean architecture’s charm to weather and geological factors. “Local buildings have been built to adapt to natural circumstances [instead of artificially destroying nature to have it fit into modern civilization]. They are filled with liveliness. The imperfections are what give Korean architecture its originality, yet modern times have created a system where everything must be in order. This isn’t just Korea’s problem — the entire world has gotten stiff and dry. I wish we would just accept the flaws as they are and realize that the uniqueness is what makes architecture great, too.” 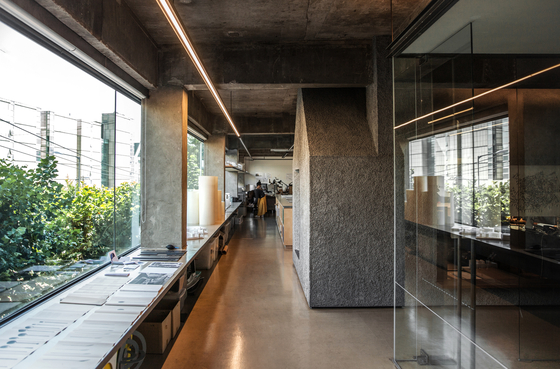 ″Work House″ portrays houses that are used as a work space, like this one by Choi. [TEXTURE ON TEXTURE]


The exhibition is free to the public but reservations are required in advance. It is open every day from 10 a.m. to 6 p.m., except on Mondays and Sept. 21, Chuseok day. Visit ddp.or.kr/eng/main to make a reservation.