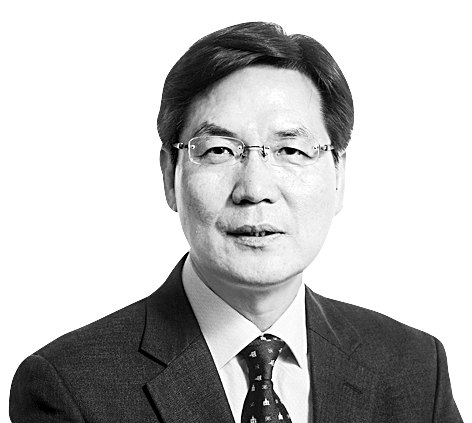 
1:30 p.m., December 20, 2010. A silence fell in the underground bunker of the headquarters of the Joint Chiefs of Staff inside the Ministry of National Defense in central Seoul. That was shortly before the marines launched an artillery drill around the waters off Yeonpyeong Island in the West Sea. The target zone was located below the Northern Limit Line (NLL), but was a very sensitive spot for North Korea. In a telephone notice to South Korea three days earlier, North Korea threatened to “retaliate with our second and third strikes to protect our territorial waters” if the South Korean military pressed ahead with the shelling exercise near the tense maritime border. The artillery drill was a reaction to the North’s shelling of Yeonpyeong Island on November 23, which killed two marines, injured two civilians and burned the central section of the small island.

The marines’ artillery drill was planned under such volatile circumstances. President Lee Myung-bak and Defense Minister Kim Kwan-jin risked everything because of the possibility of North Korea striking back if South Korea conducted a shelling drill. That’s why its plan included a scenario of effectively responding to a counterattack from the start. Both the president and the defense minister had to stake their political life on the drill in case the North’s counterblow triggered massive casualties in the South or led to an expanded war. But the defense ministry was convinced of victory in any case.

On the morning of Dec. 20, shortly before the scheduled drill, Defense Minister Kim ordered the marines to “do exactly as you are told if the enemy strikes back.” The Defense Ministry and the Joint Chiefs of Staff had ordered all troops on the frontline — including the First and Third Army in charge of nineteen infantry divisions and two mechanized infantry divisions, the Navy, Air Force and Marine Corps — to prepare for any battles. He was ready to mobilize the K9 Thunder, the world’s most advanced self-propelled howitzer, and a number of field artillery, as well as many fleets of fighter jets. “We are facing an unavoidable turning point. This is the only way for us to stop the vicious cycle of provocations from North Korea,” said Kim, an Army four star general.

At 2:30 p.m., Dec. 20, the artillery exercise began. Hundreds of rounds were fired from the guns of the roaring K-9 Thunders, tanks and artillery positioned along the West Coast. Members of the top brass, including the defense minister and the chairman of the Joint Chiefs of Staff, were all waiting for a reaction from North Korea. But it was quiet. A heavy silence swept through the bunker. After a short break, the marines resumed firing shells, including from 105-milimeter field guns. But North Korea kept quiet until after the marines finished the drill, suggesting the dampened morale of the North Korean military in the face of South Korea’s stern exercise.

On June 7, 1981, Israelis fighter jets took off from a base inside the Taba International Airport located on the Sinai Plateau to carry out Operation Opera, or Operation Babylon, in Iraq. The fleet of aircraft included eight F-16A Fighting Falcons for a bombing mission and six F-15A Eagles for aerial escort. The fighter jets entered Iraqi airspace through Saudi Arabia. Over Iraq, they flew at the ultra-low altitude of 30 meters (98 feet) to avoid the enemy’s radar. The goal of the 1,600-kilometer (994-mile) flight was raiding the Osirak nuclear reactor, located 17 kilometers west of Baghdad. The jets completely destroyed the reactor — a serious security risk to Israel at the time — after dropping 16 MK-84 bombs on the site.

Israel took the action to prevent Iraq from developing nuclear bombs. If Iraq had nuclear weapons, Israel would have faced an unprecedented security crisis. Iraq was supposed to operate the reactor by the end of June to produce weapons-level plutonium from its spent fuel. Once activated, a reactor cannot be destroyed for fear of radioactive pollution. Iraq’s push to develop nuclear bombs was effectively thwarted by Israel’s risky air raid shortly before the activation of the reactor. 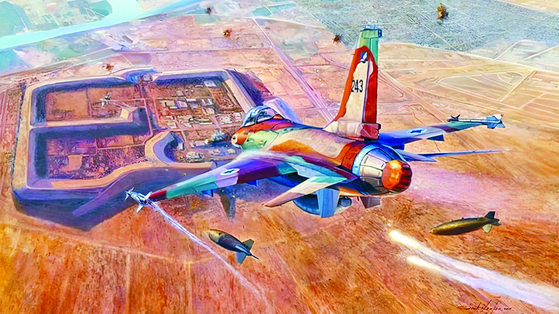 Ability to defense oneself is key

In August, the United States withdrew its forces from Afghanistan entirely. The pullout looked similar to the fall of Saigon in 1975 after South Vietnam’s crushing defeat by Communist North Vietnam. The U.S. withdrawal reaffirmed the danger of a peace agreement without mutual trust and verification. After the pullout from Afghanistan, U.S. President Joe Biden faced criticism for taking an “irresponsible action” and even “dumping an ally for the national interest.” The decision to pull U.S. forces from Afghanistan was made by Donald Trump, but Biden was held accountable. Nevertheless, Biden carried out the withdrawal.

America’s withdrawal from Afghanistan has lessons for South Korea. First, the pullout shows that a government makes a drastic — and strategic — decision at times of crisis. The same can apply to our Marine’s artillery drills near the tense maritime border at the risk of exchanges of fire and to Israel’s bold air raid on a nuclear reactor being constructed in Iraq. The determination of President John F. Kennedy to sternly deal with the Soviet Union during the Cuban Missile Crisis even risking a third World War was no different. The U.S. made the decision to pull its military forces from Afghanistan to concentrate on strategic competition with China. Second, simply put, the United States gave up its hopes in a country which did not have a willingness or determination to safeguard its own security.

Can the Moon Jae-in administration make such a strategic decision when it’s needed? The self-proclaimed liberal government kept mum even after North Korea ridiculed Moon or test-fired long-range missiles. The government repatriated North Korean defectors to please — or at least to not provoke — the Kim Jong-un regime in Pyongyang. After one of our fisheries officials was killed at sea by the North Korean Navy, the government did not protest. After North Korea restored inter-Korean military communication lines while reactivating the Yongbyon nuclear facility to extract plutonium from its spent fuel, the Moon administration welcomed it nonchalantly as it was only interested in the reconnection of the telephone lines, not in the North’s preparation to make more nuclear weapons.

More dumbfounding is Vice Foreign Minister Choi Jong-kun’s remarks that the reopening of the Yongbyong facility “does not constitute a violation of the agreement” between Moon and North Korean leader Kim Jong-un in 2018. Choi seems to live in a castle of illusion.

The Moon administration allowed a Chinese movie glorifying the Communist Army’s victory in the Battle of Kumsong during the 1950-53 Korean War to be released in South Korea. After the July 1953 battle in the South, where 240,000 Chinese soldiers were mobilized, 14,000 South Korean soldiers were killed or injured or went missing. (In the same battle, 27,000 Chinese soldiers — nearly double the South Korean death toll — were killed and 38,000 were injured.) And yet, China claimed its Red Army annihilated more than 50,000 South Korean soldiers. The film titled “The Sacrifice” was made to justify China’s invasion of South Korea to commemorate the 70th year of its participation in the war. Fortunately, the distributor of the film decided to not release the movie here at the last minute citing deepening concerns among South Koreans.

Then, what about our military leadership? As our military leaders have been exploited by political circles, military morale collapsed as seen in a series of shameful incidents. The frontline became porous to North Korean infiltrations and our soldiers are in some sort of lethargic state. A soldier lamented that he could be discharged without ever shooting a rifle during his military duty. When former Prosecutor General Yoon Seok-youl, a frontrunner among candidates in the next presidential election on March 9, criticized our armed forces for “having turned into an aimless military,” Defense Minister Suh Wook said, “Our soldiers are training hard as if in a real battle.” Whose words would the public trust? An incompetent military leadership is weakening our armed forces. The government and the National Intelligence Service are keeping silent even after members of a local civic group have worked for North Korea for a long time. Military intelligence authorities assume that 20,000 to 30,000 South Korean spies are working for North Korea.

A look into our security situation after the U.S. pullout from Afghanistan makes us sad. All power comes from the people and that applies to all politicians, including the president. And yet the government and military are bent on deceiving the people by trying to read the face of North Korea and China. That critically endangers our security. Period.

Resources as a political football