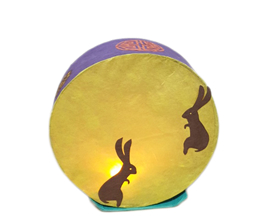 
The National Folk Museum of Korea mailed out traditional craft kits for families who signed up to enjoy at-home activities this Chuseok harvest holidays.

The craft items are themed after traditional Chuseok customs that celebrated a year of hard farming work and the abundance from the autumn harvest. The festiveness is seen in an old saying about the holiday: “No more no less, may it always be like Chuseok.”

Winners of a Chuseok-related poem contest held in advance of the holidays were sent craft kits to make a full moon lamp with hanji, or traditional Korean mulberry paper. The full moon is traditionally associated with Chuseok, as the holiday falls on Aug. 15 on the Lunar calendar when the moon is full. The most important custom on Chuseok night is for the entire family to look up at the moon to make a wish. 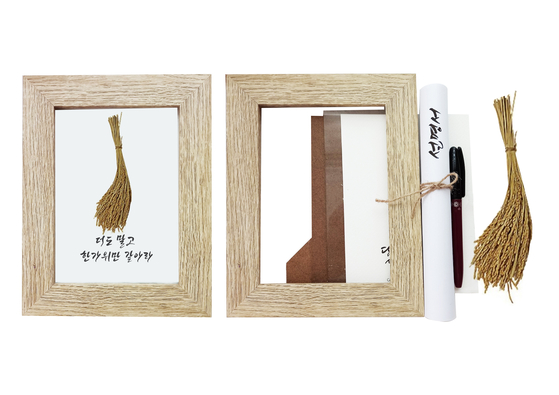 The museum's “olgaesimni frame-making” kit. Olgaesimni is a custom which sees Koreans offer the first harvested rice of that year to their ancestors in a rite to express gratitude for the good harvest. [THE NATIONAL FOLK MUSEUM OF KOREA]


Other craft bundles mailed to families that signed up for the museum's “Enjoy customs at home” program include “olgaesimni frame-making” and “stay-at-home gilssam” kits. Olgaesimni is a custom which sees Koreans offer the first harvested rice of that year to their ancestors in a rite to express gratitude for the good harvest. The Chuseok holiday has traditionally been centered around honoring and expressing gratitude to one's ancestors with ancestral rites that feature a tableful of food.

Gilssam refers to weaving cloth at home, which women did in the premodern times. The "stay-at-home gilssam" kit comes with yarn and a mini loom so that families can experience traditional cloth-weaving.

Those who complete the kits are encouraged to share their finished craft items on Instagram with certain hashtags, and the museum will select some winners who will receive gift vouchers. Winners will be announced in late September. 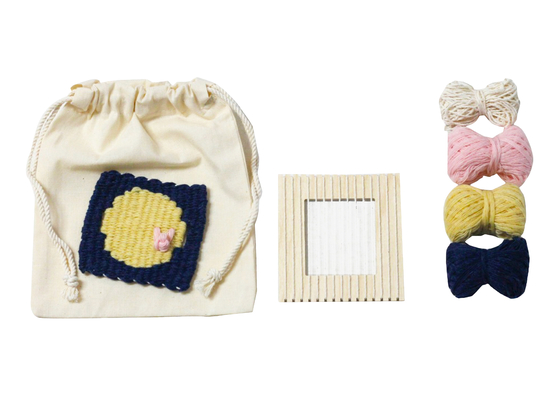 The museum's "stay-at-home gilssam” kit. Gilssam refers to weaving cloth at home, which women did in the premodern times. [THE NATIONAL FOLK MUSEUM OF KOREA]


The National Folk Museum of Korea hopes that the stay-at-home traditional craft activities contribute to a happy Chuseok while social distancing and educate people on Korea’s seasonal customs so that they are not forgotten.

The Children’s Museum of the National Folk Museum of Korea is also mailing out traditional hat-making kits to the first 200 applicants. It is hosting a myriad of online events as well, such as educational videos on Korea's traditional games and a “full moon wish contest” that will select winners of gift vouchers.

The National Folk Museum is also planning to host in-person events in the near future. For more information, visit the museum’s website www.nfm.go.kr or www.kidsnfm.go.kr for the Children’s Museum.

Young Koreans ditch the YOLO lifestyle to pinch their pennies