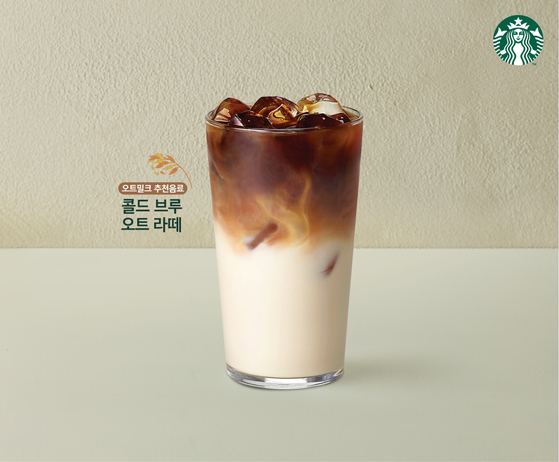 
Cafes and restaurants are introducing vegan options as an increasing number of people prefer a plant-based diet.

Starbucks Coffee Korea announced on Thursday it is making oat milk a regular option for its milk-based beverages.

The company said oat-milk drinks will be sold from Friday to offer more options to young customers that believe they can make positive changes to the environment based on their purchases.

Starbucks Coffee Korea has sold seasonal oat milk drinks, like oat milk latte, since 2017. But it was not offered as a replacement for milk-based drinks.

A Twosome Place teamed up with Dongwon F&B in February to sell vegan food, like sandwiches and salad wraps with plant-based meat. The meatless meat is made of beans and mushrooms. 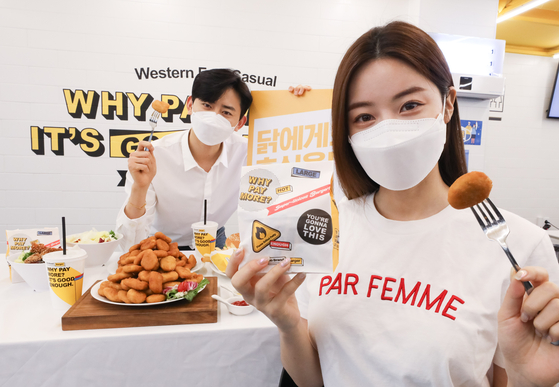 
No Brand Burger, run by Shinsegae Food, sold 300,000 vegan chicken nuggets in three months since they were introduced in April.

The nuggets are made with naturally occurring fungus by Quorn, a British company now owned by Makati, Philippines-headquartered Monde Nissin Corporation.

The vegan nuggets currently are not available at No Brand Burger. But the company spokesperson said that it “plans to develop a diverse range of vegan recipes to prepare for the vegan market, which is growing rapidly.”

They are made with flour, beans and vegetables, like beats.

Neither the specific date of the opening nor its location have been decided.

“We plan to open a vegan restaurant to offer a space where customers can experience vegan food at an offline site,” said Yoo Ji-won, a spokesperson for Nongshim.

The vegan population in Korea stands at around 1.5 million, up around 900 percent from 150,000 people in 2008, according to data by Korea Vegan Union.

Analyst Park Sang-jun from Kiwoom Securities said “spending on alternative meat has increased since Covid-19, as interest in eco-friendly purchases and health grew.”

The vegan population is expected to grow in the future.

The global vegan market is estimated to reach 6.19 trillion won ($5.25 billion) this year, up 6 percent from an estimate of 5.83 trillion won last year, according to data provided by Korea Agro-Fisheries & Food Trade Corporation. The market is projected to grow to 6.97 trillion won, up 13 percent, by 2023.